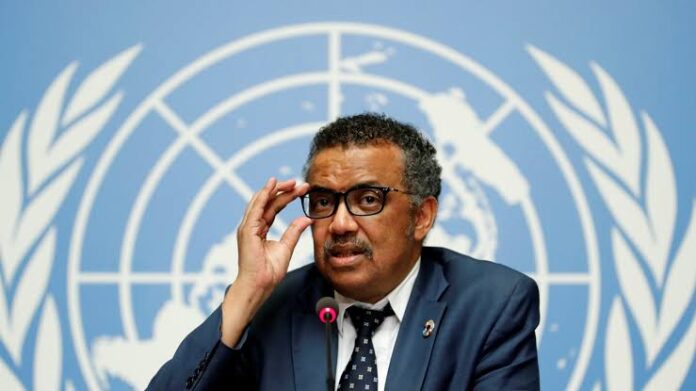 The WHO on Thursday urged countries to invest billions of dollars in searching for COVID-19 vaccines and treatments — calling it a snip compared to the vast economic cost of the coronavirus crisis.

The World Health Organization insisted it was a smarter bet than the trillions of dollars being thrown at handling the consequences of the global pandemic.

The UN agency’s chief Tedros Adhanom Ghebreyesus pleaded for investment into the WHO-led ACT-Accelerator programme, which aims to share global research and development, manufacturing and procurement in a bid to beat COVID-19.

Citing the International Monetary Fund’s predictions of the pandemic wiping out $12 trillion over two years, he urged countries to spend on shared solutions.

“It’s the best economic stimulus the world can invest in,” Tedros told a virtual press conference.

Funding the ACT-Accelerator, with $31.3 billion needed immediately, “will cost a tiny fraction in comparison to the alternative, where economies retract further and require continued fiscal stimulus packages”.

He said spreading the risk and sharing the reward is a better bet than the option some countries have taken, of going it alone in backing one of the dozens of vaccines in development.

“Picking individual winners is an expensive, risky gamble,” he said,

Tedros said multiple vaccine candidates, of different types, were needed in order to identify the best one.

Russia on Tuesday declared itself the first country to approve a vaccine, even though final stage testing involving more than 2,000 people was only due to start on Wednesday.

Bruce Aylward, who heads up the ACT-Accelerator, said the WHO was still awaiting more details from Moscow.

“We’re currently in conversation with Russia to get additional information, understand the status of that product, the trials that have been undertaken, and then what the next steps might be,” he said.

The WHO says 168 candidate vaccines are being worked on around the world, of which 28 have progressed to being tested on humans.

Nine of those 28 — not including the Russian vaccine — are in the ACT-Accelerator programme.

WHO access to medicines chief Mariangela Simao said that with so many vaccine candidates being worked on, backing just one or two could not be the best bet.

“We are encouraging countries to join a global facility, because you will have access to more candidates, and you have a better chance to have concrete access… to procure one of the successful candidates.”

The European Union said earlier Thursday that it has reserved up to 400 million doses of a potential new coronavirus vaccine being developed by US giant Johnson & Johnson.

On July 31, the European Commission said it had reserved 300 million doses of another potential vaccine being developed by French firm Sanofi.

The coronavirus pandemic has killed more than 750,000 people and infected more than 20.6 million worldwide since it first emerged in China in December, according to an AFP tally compiled from official sources.

WHO emergencies director Michael Ryan warned that only a small proportion of the global population had actually been exposed to the virus.

“This virus has a long way to burn, if we allow it,” he said.

“The vast majority of people remain susceptible to this infection.

“We may be in the eye of the storm and we don’t know it.”

Meanwhile, Maria Van Kerkhove, the WHO’s COVID-19 technical lead, said there were examples from some countries suggesting that an individual may have been reinfected the virus, but “its still not confirmed”.

She said experts would need to look for false positive or negative cases, immune response after infection, and sequencing.