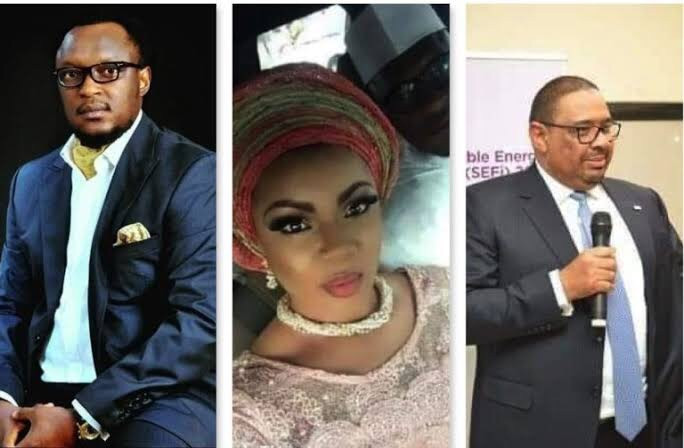 Over 1400 people (as of press time) have signed a petition asking the Central Bank of Nigeria (CBN) to sack the managing director of First City Monument Bank (FCMB), Adam Nuru.

The petition alleged that the bank chieftain was responsible for the demise of Tunde Thomas.

Mr Thomas was said to have died of depression on December 16, 2020.

According to the petition, the FCMB MD allegedly had an affair with his staff, Moyo Thomas, who was the deceased’s wife, resulting in two children.

It alleged that Moyo had informed her husband that she was leaving Nigeria for the United States with the kids only to call him upon arrival that the children do not belong to him.

The petition claimed the news initially caused Mr Thomas to be down with a stroke but later recovered and thereafter met another lady whom he planned to marry.

Mr Thomas was, however, said to have suffered a cardiac arrest after returning from work about two days before his introduction to his already pregnant girlfriend.

The petition
Here is an excerpt of the petition posted on change.org:

“Tunde Thomas died recently like about a week or 2 from Depression.

“Apparently, kids from his marriage to Moyo Thomas belong to his wife’s boss (Adam Nuru, the current MD of FCMB).

“Moyo Thomas left Tunde to go to America with the kids. She told him kids were not his when she got to America. He was later down with a stroke but recovered.

“Apparently, Tunde met someone else he was going to remarry but apparently didn’t recover from the first Marriage issues.

“Tunde was just made director for the MFB he works for. Got back from work last week and had a cardiac arrest 2 days before introduction to a pregnant new girlfriend.

“This is a case of gross misconduct based on ethical grounds and unjustifiable economic oppression by the elites (Adam Nuru) against the less privileged in the society.

“The MD has been doing everything possible to sweep this case under the carpet. We implore the Central Bank of Nigeria as the apex regulator and the board of FCMB to investigate this for the integrity of the bank and Nigerian banking industry.

“This is a case too many, while I agree that this is not the full story, the barest minimum will be an investigation of this unethical conduct by the current MD of FCMB Bank Adam Nuru.”

An Akure-based human rights lawyer, Bolanle Cole, has also begun his own Twitter campaign to compel the CBN and FCMB to sack the bank chieftain.

In a Twitter thread on Friday, Mr Cole called out Mr Nuru and lampooned the FCMB boss for allowing the ‘unprofessional romance’ to happen.

He gave the bank two weeks from 30 December to sack Mr Nuru or else witness a campaign of a boycott by customers.

When the media contacted FCMB’s spokesman, Diran Olojo, he said the bank was reviewing the matter.

He said, ‘‘We are aware of several stories circulating across several media platforms about our bank’s Managing Director Adam Nuru, a former employee Ms Moyo Thomas and her deceased husband, Mr. Tunde Thomas.

“While this is a personal matter, the tragedy of the death of Mr. Tunde Thomas and the allegations of unethical conduct, require the bank’s board to conduct a review of what transpired, any violations of our code of ethics, and the adequacy of these code of conduct ethics. This will be done immediately.

“We enjoin all our stakeholders to bear with us as we conduct this review and to please respect the various families involved.”