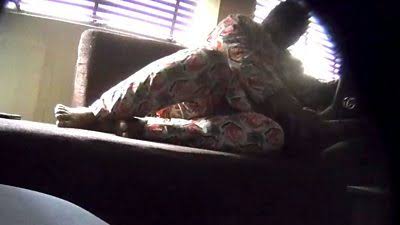 A BBC reporter attempts suicide after claiming she was not properly credited for award-winning sex-for-grade investigation.

Who is deserving of the credits for British Broadcasting Corporation’s (BBC) exposè on sex-for-grades in some West African institutions has become a subject of controversy with insinuations that one of the reporters was not acknowledged despite her vital contribution to its production.

The traumatised reporter, Ogechi Obidiebube, however, attempted to take her life on Sunday by taking a poisonous substance. She has been rescued and currently receiving treatment at a hospital, the media learnt.

BBC documentary
The 54-minute documentary released in 2019 chronicled how academics target the most vulnerable female students – those struggling with studies, seeking admission or in search of mentors – to have sex with them.

Through the use of secret cameras, undercover reporters of the BBC Africa Eye team captured the dialogues of four predatory lecturers from the University of Lagos (UNILAG) and the University of Ghana, as they attempted to cajole and manipulate the undercover journalists into engaging in sexual acts with them.

Accolades
Apart from the varying impacts the documentary generated, the investigative piece put the lead journalist, Nkiru Mordi (Kiki Mordi), in a spotlight as she became the face of the exposè on pages of newspapers and magazines.

The documentary was nominated in the current affairs category of the 48th International Emmy Awards for television programming as well as the Grierson Awards, also known at The British Documentary Awards.

Recently, Ms Mordi was named the 2020 winner of the Michael Elliott Award for Excellence in African Storytelling.

“Her winning documentary, Sex for Grades, which ran on BBC Africa Eye in October 2019, had a tremendous impact. In the hour-long feature, Mordi focused on lecturers at the University of Lagos and the University of Ghana. Following her nine-month investigation, several lecturers were suspended. In the documentary, Mordi shares her own personal experience as a victim of sexual abuse,” the International Center for Journalists (ICFJ) stated while announcing the winner.

Ms Mordi’s recent win was criticised by a section of social media after a former BBC reporter, Ruona Meyer, insisted that another journalist deserving of the credits of the documentary has been sidelined.

Ms Meyer, who took to Twitter, alleged that the sex-for-grades documentary was another journalist’s idea, demanding that Ms Mordi shares any cash prize that comes with the award with this journalist she referred to with her initial, O. O.

“Kiki, make sure this time you at least share whatever prize money there is with O.O and acknowledge her – given this was all her story as pitched, sourced/started. Real journalists have honour and also hold themselves to account, not just the government.

“O.O, a fellow female journalist did not get a fair deal, and you remain complicit and a beneficiary of that.

“The facts, complaints, responses and even her thread are there. Better make it right because journalism can’t insist on ethics & fairness from others, yet cheat within,” she wrote on Twitter.

While reacting to Mrs Meyer’s tweet, Ms Mordi described Mrs Meyer as a vile person who has always been unhappy about her successes.

On the allegations of not giving credits to O. O, Ms Mordi reaffirmed that she was the reporter on the story, stating that further questions be addressed to BBC.

“There is no side to any story. Investigative journalism is dangerous work. I am the reporter on #SexForGrades. Any other questions will have to be directed to the BBC. Don’t be roped into Ruona’s joblessness. This isn’t local media where people do what they like,” the Michael Elliot award winner tweeted.

“She was treated unfairly”
According to the closing credits of the documentary, Ms Mordi was listed as the reporter; Joshua Akinyemi, a video editor at BBC, handled the camera; Suzanne Vanhooymissen, a video director at BBC, named the digital producer; Chiara Francavilla, the producer; Banjo Damilola, Kemi Alabi, Joshua Akinyemi and Stephanie Ohumu were listed as assistant producers.

BBC insiders, who asked not to be named because they did not have the authorization to speak on the matter, confirmed to the media that the lady Mrs Meyer referred to as O.O is “Ogechi Obidiebube”, who was credited using the pseudonym “Kemi Alabi.”

“After the “Sweet Codeine” story was published some BBC staff who worked on the story were evacuated to London after they were threatened. The management didn’t want that to happen in this instance, so they decided to bring in a freelancer who had to problem with revealing her identity, that was why Kiki was brought in,” one of the sources explained.

Our sources said there was already misgivings in the BBC Lagos newsroom about the way the reporters who worked on the story were credited. Ms Obidiebube and some of her colleagues were already grumbling over how Kiki was made the star of the story.

“Oge (Ms Obidiebube) is a young journalist. This is her first job, and she was naïve. She was not in a position where she could insist that she should be properly credited for the story,” another source said.

It was not just because she pitched the story, but she did more than 70 per cent of that story. She caught the biggest culprit during the investigation. They played on her ignorance of how newsrooms work and why bylines are important. Pseudonym or not, there was no reason why her name should not be made prominent in that story. It was unfair how she was treated,” the source added.

Matters became worse after the story started raking in awards and recognitions and Ms Mordi, having been made the star of the story, was claiming the accolades and allegedly kept the prize monies to herself.

“Our people (BBC management) did not handle this matter well, it was a collaborative effort, they should have insisted that any award or recognition the story won should have been shared equally among the reporters who worked on the story including those Ghanaian journalists. But they looked on and did nothing as Kiki claimed all the credit for the story,” another source said.

Internal politics
Another source claimed that Ms Obidiebube name was deliberately removed due to some internal politics, alleging that the BBC West African Editor, Toyosi Ogunseye, was particular about not giving Ms Obidiebube credits for the job done even before the documentary was eventually released.

The deliberate move, our source said, caused a furore in the BBC office to the point that the organisation specifically sent her a letter of commendation to pacify her after the issue had escalated.

Another source in the British media organisation stated that Mrs Ogunseye’s grouse was owing to the fact that Ms Obidiebube was on the BBC pidgin team, an indigenous section of the platform and that she was not pleased that she worked with the Africa Eye team on the project.

When reached for comments, both Ms Obidiebube and Ms Ogunseye declined to comment. They both directed this reporter to speak with their employer, the BBC.

Meanwhile, Marina Forsythe, BBC World Service’s publicist, said everyone involved was given appropriate credit and the only exception is sequel to security considerations.

“Every Africa Eye investigation is a team effort and this has been key to the success and impact of our films. Everyone sufficiently involved in an investigation is given an appropriate credit and the only exception is when there are security considerations,” she stated in response to the media’s enquiries.

“My story was hijacked”- Ms Obidiebube
Meanwhile, Ms Obidiebube accused an unnamed person in the media for hijacking the product of her creativity.

Although she did not mention any name, the narrative in the Twitter thread and information made available to this paper clearly shows she was referring to Ms Mordi.

“You have to be a different level of callous to be parading yourself as the brain behind other people’s blood, sweat and tears. Even Satan no do reach like this. But congratulations, big congrats. Now, what next? It’s been over a year already…when is the world going to see your next big thing? Or have you run out of creative juices? Need more geniuses who aren’t just poster boys/girls to latch onto like the blood-sucking parasite that you are?

“You can fool your minions and the gullible media but deep down you know your brain could never operate at this level, you don’t have the range. Call me bitter but who would be happy watching an opportunist claim what belongs to other hard workers?

“I’ll much rather be bitter than be a talentless fluke. Like my good friend will always say, bullshit can get you to the top but it won’t keep you there. So fuck your congratulations and your apathetic pep talks. You and the dishonourable bastard deserve each other!,” she wrote.

“When I came on board, I didn’t even know I was going to end up being the reporter and lead investigator. I was just happy to help. This story is personal to me. I was happy to play my small part. I didn’t hustle or apply or pitch or beg for this position.”

“I just kept proving how useful, brilliant and professional I was. My hard work should never erase another’s, everyone worked hard, every one delivered,” she posted on Twitter.

On who truly pitched the story, Ms Mordi stated that most comments BBC received after releasing an Africa Eye “Sweet Codeine” documentary led them to the sexual harassment story.

“I said this on Twitter, in my interviews, on the actual film. I never hid this from anyone and I certainly never stole anyone’s story or credits.”

She added that the first phase of research was already ongoing before she joined the team, confirming what one of our sources had told us.

“There were leads already and in fact, I was one of the leads (another funny story). Most of the other journalists were staff. So do you see how wild it is to accuse me of coming from outside to steal a BBC’s staff story?”

Regarding Ms Obidiebube’s tweets, Ms Mordi said, although she can sense that there are real emotions, she cannot respond to the accusations because she was not named in the post.

Suicide
Ms Obidiebube attempted to take her life on Sunday after she unveiled that her name was replaced with an unknown “Kemi Alabi” in the documentary.

At exactly 1:41 p.m., the reporter posted on Twitter asking for people’s opinion on cyanide and ricin, two poisonous substances.

“cyanide or ricin?” she asked.

Thirty-five minutes after the post, she posted a video of herself crying and begging her audience for forgiveness.

“Started reading newspapers as a pretend news anchor when I was just a little girl. All I wanted to do with my life was to be the next Christiane Amanpour or Anas Aremeyaw. Forgive me someday but it’s better this way,” she captioned the video.

The ‘way’ referred to in the post, the media later found out, was a reference to suicide.

“We at General Hospital now and they gave her an Antidote, she’s still in pains but she’s stable now,” a Twitter user, Josh, announced after rescuing her.

“We are deeply concerned about the welfare of our colleague Ogechi Obidiebube. Ogechi is receiving treatment in hospital and we are providing as much support as we can to her and her family. We request that people respect their privacy at this difficult time,” the BBC said when reached for comment about the Ms Obidiebube suicide attempt.

Teenager Jailed For Online Shaming That Led To Girl’s Suicide