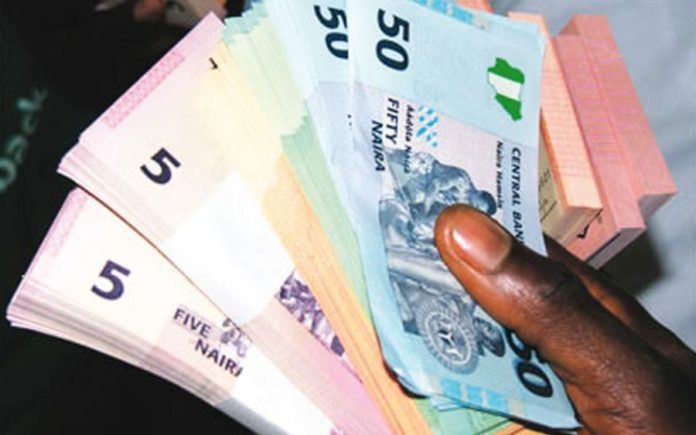 The plunge in oil prices is piling pressure on Nigeria to devalue the naira as dwindling export revenue depletes foreign-exchange reserves, curbing the central bank’s ability to support the currency.

The central bank’s reserves have decreased by 20% in the past two years to the lowest since November 2017, and may soon reach the $30 billion threshold set by Governor Godwin Emefiele for the country to consider a devaluation, Jason Daw and Phoenix Kalen, strategists at Paris-based Societe Generale SA, wrote in note on Monday. The central bank may start adjusting currency policy before it reaches that point, they said.

Naira fundamentals are on an unsustainable trajectory and under current external conditions, especially lower oil prices, the risk of a devaluation is “very elevated,” the SocGen strategists wrote. “The combination of a current-account deficit — previously due to strong imports but now being compounded by weak exports — portfolio outflows and lower oil prices will continue to deplete FX reserves and pressure the naira.”

The naira extended a decline in offshore trading on Tuesday, slipping 0.2% to 366.45 per dollar, the weakest level on a closing basis in almost three years. Yields on Nigeria’s 2049 Eurobonds climbed 11 basis points to 10.34%, a record, after soaring 149 basis points on Monday. The country’s benchmark stock index slumped 4.1%, heading for the lowest close since March 2017.

Nigerian President Muhammadu Buhari signed the country’s 10.6 trillion naira ($29 billion) spending plan into law this year based on a crude price projection of $57 a barrel and targeted oil earnings of 2.64 trillion naira. Brent crude prices have plummeted about 45% this year to around $36 a barrel.

Africa’s largest oil producer relies on earnings from the black commodity for more than 90% of its export revenues. The International Monetary Fund slashed the West African nation’s economic growth projection to 2% from 2.5% because of a decline in oil prices.

Under Emefiele, who was appointed in 2014, Nigeria has tightened capital controls and closely managed the naira’s value. The governor has consistently said this is the best way to curb inflation and boost manufacturing by discouraging imports.

“An initial attempt at a managed depreciation is more likely than a one-off large devaluation (like in the past), but it might be challenging to maintain over the medium term unless bolder policy action is taken,” Daw and Kalen wrote.

The central bank could also consider tightening liquidity in the interbank market or by tightening policy, while a planned Eurobond sale could help rebuild currency reserves, they said.