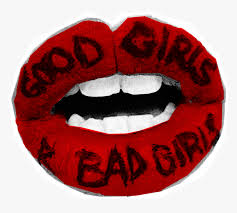 Is being a “good girl” recipe for a good marriage? A lady shares her perspective on twitter and many users jumped on the thread as detailed below. What’s your opinion? Jump in the comment let’s discuss

“I did everything I was asked to oo. Sometimes I will think I’m being punished for something I don’t know. E get this babe that was doing this runs lojumejeji back then, gIrl got married to one local govt chairman. How she managed to find the guy still baffles me.”

While some Twitter users supported her tweets insinuating that it’s not good to judge as most times it’s the ‘bad ones’ who do well in life, others didn’t quite agree with her stance on the subject matter.

Some reacted that some of these “run girls” are in bad marriages, to which she replied,

“All of you coming with “their marriage might not be rosy” agenda, go and sit down. Most of them actually have happy marriages. I know of 4 like that. That agenda is fallacious.”