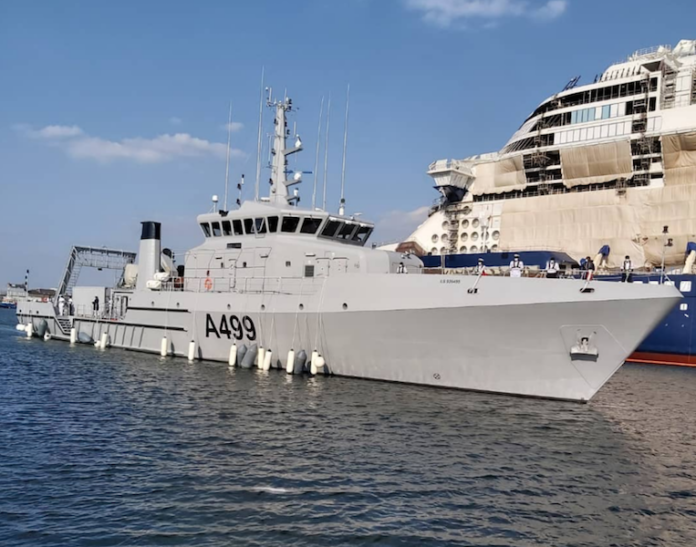 The Navy on Saturday said it has made several arrests and seized more than $700,000 worth of illegally refined products in the nation’s oil producing areas as part of its Operation DAKATAR DA BARAWO (OPDDB).

OPDDB was launched on April 1 in response to a national outcry over massive looting of the nation’s oil resources.

The Nigerian Upstream Petroleum Regulatory Commission, in March, said the country had lost about $3.27 billion worth of oil to vandalism and theft in the past 14 months.

In a statement signed by spokesperson, Comodore Adedotun Ayo-Vaughan, the Navy said it was committed to enforcing a zero-tolerance for crude-oil theft and illegal bunkering in the oil-producing areas.

Read the Navy’s statement below:

It would be recalled that the Nigerian Navy launched Operation DAKATAR DA BARAWO (OPDDB) on 1 April, 2022, to check increasing Crude Oil Theft (COT) and related acts of economic sabotage in the South-South geopolitical zone. In furtherance of the operation therefore, several arrests and seizures have been recorded.

On 5, April 2022, Nigerian Navy Ship (NNS) PATHFINDER at Port-Harcourt intercepted 9 huge (‘Cotonou’) wooden boats laden with unspecified quantity of illegally refined AGO at Andoki Bille and other areas within her responsibility. Additionally, Illegal Refining Sites (IRS) with cooking pots, tanks and reservoirs were discovered in Ketoru Creek. The Base also arrested 2 STARZ marine BOATS DOROH 1 and DOROH 2 for providing illegal escort services within the Bonny maritime area without proper approvals.

Also on 7 April 2022, NNS ABA intercepted and arrested MV ROYAL DIADEM which was laden with suspected illegally refined AGO of unspecified quantity at Bonny area. The vessel was unable to provide appropriate documentation at the point of loading, hence MV ROYAL DIADEM is presently undergoing investigation.

Similarly, NNS DELTA at Warri located an IRS around Opumami and Asukpo Creek laden with about 520,000 litres of suspected stolen crude oil. Also, at Egwa creek in Warri area, an IRS observed to contain several metallic ovens and storage tanks was destroyed. In addition, on 11 April 2022, Forward Operation Base (FOB) FORMOSO acting on intelligence reports raided Fununu Fishing Camp in Akassa, Bayelsa State, a known but suspected hideout for illegal refining operators and sea robbers. In the encounter, a dugout pit containing about 1,258bbls of stolen crude oil was deactivated. In the same vein and on the same day, FOB BONNY destroyed a wooden laden boat with unspecified quantities of suspected crude oil at Nabil creek in Rivers State.

These arrests and seizures from the ongoing OPDDB have denied oil thieves and criminals of about N200 million and $700,000 worth of products within a period of roughly two weeks. It is indicative of the Nigerian Navy’s resolve to ensure zero tolerance for COT, illegal bunkering and related economic crimes in the Nation’s maritime area and the South-South geopolitical zone in particular. Economic saboteurs and their sponsors are therefore warned to desist from these unpatriotic and criminal acts.