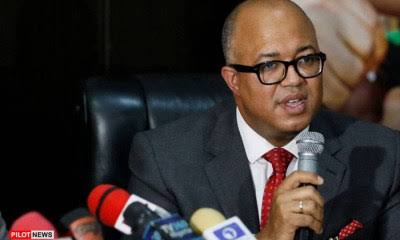 A total of 1,607 news cases were reported last week representing a 31.4 per cent increase on the previous week’s record.

The scourge of COVID-19 is again on the rise in Nigeria but nine states have not recorded a single infection in the past one month, the media review of official data shows.

According to official data from the Nigeria Centre for Disease Control (NCDC), Borno, Gombe, Ebonyi, Abia, Enugu, Adamawa, Kebbi, Zamfara and Kogi states have not reported a fresh coronavirus case between November 8 and December 6.

Between November 8 and 14, Delta, Enugu, Ebonyi, Gombe, Abia, Borno, Benue, Nasarawa, Akwa-Ibom, Anambra, Adamawa, Sokoto, Kebbi, Zamfara and Kogi states did not record at least a fresh case out of the 36 states and the FCT.

Although the public health agency is yet to respond to the media’s enquiries on the reason for the no-new-case status of the nine states in the past month, it had previously attributed dwindling figures from states to the low rate of testing.

Kogi, a state of almost 3.5 million people, has not recorded a positive case in several weeks. However, the state also had low testing figures and had tested just 268 samples by October, the national situational report published by the Nigerian Centre for Disease Control (NCDC) in October showed.

Since the pandemic broke out in February, a total 791,539 samples have been collected for testing across Nigeria, a figure deemed insignificant considering Nigeria’s population estimated at close to 200 million.

Rising cases
This paper had reported how new cases increased for four weeks consecutively before reducing by 10 per cent in the previous week.

However, a total of 1,607 cases were reported last week (November 29 – December 3); this represents a 31.4 increase on the previous week’s record.

A total of 35,302 samples were collected for testing last week as against the 17,021 tested the previous week.

Amidst the rising cases, the NCDC has warned Nigerians against the flagrant disregard for safety protocols, hammering on the use of face masks and adherence to social distancing rules.

More recoveries, deaths
The media analysis also showed that there was an increase in the number of COVID-19 patients discharged and deaths recorded last week.

A total of 1,831 persons recovered and were discharged last week, which represents a 48 per cent increase when compared to the previous week’s record of 935.

Nigeria so far
As of the time of reporting, Nigeria has 68,937 confirmed COVID-19 cases. Of this figure, 64,650 have been discharged and 1,180 deaths have been recorded in the 36 states and the Federal Capital Territory.

Lagos State remains the epicentre for the disease with the highest number of confirmed cases and deaths in the country.

The other five states with the highest number of confirmed cases are FCT, Plateau, Oyo, Rivers and Kaduna states.

Only Kogi State has no active COVID-19 case currently.

Timeline last week
On Sunday, 82 new cases of COVID-19 were reported in the country.

On Monday, 145 new cases of the pandemic were reported in the country.

On Tuesday, 281 new cases were reported.

On Wednesday, 343 new cases of COVID-19 were reported in the country.

On Thursday, 122 new cases were reported in Nigeria, hence bringing the tally of confirmed cases to 67, 960.

On Friday, 324 new cases of the pandemic were recorded.

Watch video of Nadia Buari showing off her dance skills and...