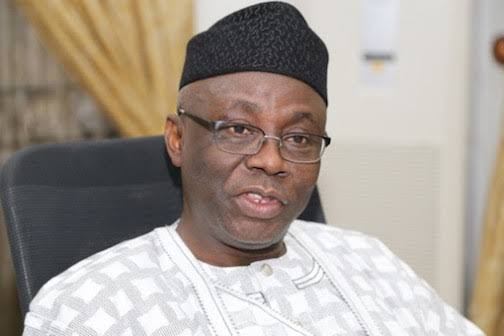 Tunde Bakare, the senior pastor of Citadel Global Community Church in Lagos, has said Bola Tinubu, a national leader of the All Progressives Congress (APC) has fought and won many battles on behalf of the Yoruba people.

Mr Bakare said this recently while preaching at the Lagos citadel church, in a sermon tagged ‘An Idle Man’s Brain Is The Devil’s Workshop,’ The Cable newspaper reported.

The preacher described Mr Tinubu as Jephthah in the bible, saying despite the circumstances of his birth, he rose to power and delivered Lagos and almost all the Southwest states from the “onslaught of PDP.”

Mr Bakare said God does not need anyone’s permission to put Mr Tinubu in a hall of fame as he has fought and won battles.

“Like Jephthah the Gileadite, he has fought many battles on behalf of the Yoruba people and won despite his rough beginning and God does not need anybody’s permission to put such in his hall of fame despite their past deeds and ancestry.

“Despite his growing up challenges, the dents and the detours of his life, he like Jephthah delivered Lagos State and nearly all the southwest states from the onslaught of the PDP from 1999 to 2007.

The media reported how the senior pastor showed interest in contesting for the presidency after the expiration of President Muhammadu Buhari’s second term in 2023.

The pastor, who said he aims to make Nigeria one of the greatest countries in the world, said he is going to throw his hat into the fray and is only waiting for Mr Buhari to finish his tenure (in 2023).

Mr Bakare was Mr Buhari’s running mate in the 2011 presidential election on the platform of the Congress for Progressive Change (CPC). Then, Mr Tinubu’s party, ACN, fielded a former anti-corruption chief, Nuhu Ribadu. Both candidates lost to Goodluck Jonathan of the PDP.

The ACN and the CPC later merged in the build up to the 2015 elections to form the APC. It was on the APC platform that Mr Buhari was elected president.

Speaking about the ancestry of Mr Tinubu, Mr Bakare said those that have scores to settle should “carry their stone.”

“I have a word for some Yoruba people whose stock in trade is nothing but a rancorous noise characterised by bitterness and resentment about the ancestry of the former two-term governor of Lagos state, Asiwaju Bola Ahmed Tinubu.

“Carry your stone. I have a word for those Yoruba rancorous elements, noisemakers who have not achieved much as Asiwaju Tinubu has achieved, but are always querying and worrying themselves about his ancestry,” he said.

Mr Tinubu served as the governor of Lagos between 1999 and 2007 and has remained the most influential politician in the state since then.

The preacher added that those who are envious of Mr Tinubu and those who desire to take his power slot should “stop their useless talk about him, and busy themselves with what can add value to society.”

He said he is neither Mr Tinubu’s manager nor a friend to anyone, but “he is like the rain who falls on the just and the wicked.”

Restructuring Not An Attack On Nigeria’s Unity – Bakare