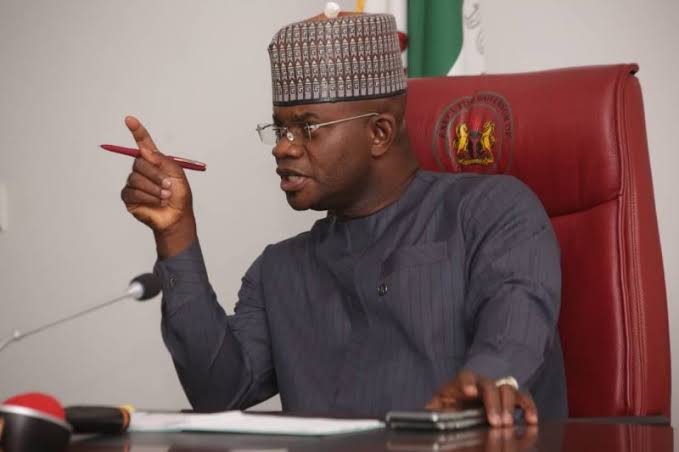 Nigeria is currently experiencing its worst stretch to date of COVID-19 with the recent surge in new infections.

Last Thursday, the country registered its latest highest daily figure of 1,145, a record likely to be broken going by the way the disease is spreading. The total number of infections in the country has jumped to over 78,000.

The deaths from the disease are also piling with Nigeria recording 24 deaths last week. With nine deaths reported on Sunday and Monday, the total fatalities are now 1,227.

But despite the significant increase officially declared the second wave of the pandemic by the federal government last Thursday, Kogi State has not recorded a single infection or death from the pandemic in about 175 days, PREMIUM TIMES’ review of official data shows.

Kogi in retrospect
Since the beginning of the pandemic in Nigeria, the spread has significantly been unequal among the country’s 36 states with Lagos and Abuja bearing much of the brunt of the disease.

Nearly half of Nigeria’s total infections – 36,000 – were found in both states, with over 26,000 cases in the nation’s commercial nerve centre and nearly 10,000 in the country’s capital.

Experts believe this is largely because both states are the country’s two main entry and exit points. Weak enforcement of COVID-19 protocols are rife at the Abuja and Lagos international airports, a the media check revealed.

Other states have managed to keep the numbers low compared to Lagos and Abuja. Kogi has, however, stood from the midst.

The state is the least impacted across the country with a total of just five infections. Two patients have died and the remaining three have since recovered. The last fatality was recorded in early June. The second least impacted state, Zamfara, has recorded 79 infections.

This milestone would have been held up as a model for success in limiting the spread of the virus but for several controversies trailing the Kogi government’s response to the pandemic including allegations that local officials are not conducting enough tests.

While states are solely in charge of its coronavirus management and response, the NCDC supports and receives daily infection information from them.

The daily infection update is then published by the NCDC on its microsite, which ultimately serves as the yardstick in which Nigeria’s COVID-19 outbreak is measured, just as it is in all countries battling the contagion.

However, the reliability of these figures have raised concerns due to several loopholes and challenges including that state officials are not turning in enough test samples.

Health experts believe the virus must have infected more people than reported due to limited testing and poor contact tracing mechanism, a situation they say can also mask the severity of localised outbreaks in slums and crowded cities with large clusters of people.

Prior to the COVID-19 outbreak, there was already an acute lack of accurate data across Nigeria. Experts believe this has limited a data-driven response. Linked to this is the perceived politicisation of the pandemic by some state authorities.

Getting a true picture of the pandemic has been particularly made difficult by the way authorities in states such as Kogi are responding to the outbreak.

Controversial Kogi
The COVID-19 situation in Nigeria’s North-central state of Kogi has been enmeshed in controversies, accusations and counter-accusations between governments and health authorities even before the index case was recorded.

At the time, the state’s COVID-19-free status raised a lot of concern especially because the state sits in-between states with rising numbers of infections.

Federal officials and health authorities believe the state officials are discouraging tests for people with symptoms of COVID-19.

On May 8, health minister Osagie Ehanire admitted that efforts to support Kogi’s response to the pandemic failed after a delegation including NCDC officials had to flee the state for fear of being quarantined by the Kogi State government.

“We tried to send a team of the Ministry of Health and the NCDC into Kogi but there were some differences there to processes,” the minister had said.

Medical experts said the low number of test samples turned in from the state is making it difficult to ascertain if the state is actually coronavirus-free but the state authorities believe there is a plot to compulsorily report COVID-19 cases in the state.

When the index case was reported in Kogi on May 27, state officials said it will not accept any test result “conducted outside the state”, a position described as ‘unfortunate and condemnable’ by the Nigerian Medical Association (NMA).

Kogi government mum
Repeated attempts to get the Kogi State Government’s response to its COVID-19 management has been met with a brick wall. Efforts to get the state health commissioner, Saka Audu, to speak have also not yielded much effort.

When the state crossed 120 days of no new cases and deaths in late October, the commissioner had promised to respond to our questions via WhatsApp. He failed to do so despite repeated reminders.

Contacted again on Monday night, Mr Audu suggested our reporter send questions yet again to him on WhatsApp. The questions were sent in and he has not responded as at press time.

While the government has refused to respond to questions concerning its coronavirus management, state officials appear to be hell bent on disproving the outbreak of the disease in Nigeria.

The governor of the state had in one instance described the deadly disease as a hoax. “Ninety per cent of the noise about COVID-19 is for political, economic, financial [or] material gain. The other 10 percent [relates to] ordinary flu, like the common colds Nigerians generally suffer,” the governor of the state, Yahaya Bello, an accountant, had said in a video posted on his Facebook page on March 25, which went viral.

More recently, the deputy governor of the state, David Onoja, reaffirmed the stance of the governor on the outbreak being a hoax.

“Leave the statistics. Do you personally know any citizen, not public figure, who have died of COVID-19? And have you witnessed any burial of such? Don’t tell me yes based on the High Profile kind of Product advertisement we are seeing”, he wrote last week on his official twitter handle @ed_onoja.

“If you haven’t seen such. Just seal your mouth. Not every human has frozen minds. Anyways you will collect the Vaccine next month in Nigeria.

“The vaccine surprisingly came almost a year faster than they said it would come. The Covid 19 matter has never added up. Las las they will say the Vaccine was the solution. Matter will end. Till they throw in another one. This time not from fish market but from frog market.”

These claims are certainly untrue, according to the NCDC and evidence from patients that have recovered as well as families of those who have died from the virus.

To disabuse the minds of the public on whether controversial claims that coronavirus does not exist in Nigeria, the media started a series to profile as many as possible, Nigerians who died of coronavirus complications.

Culled from obituaries, the social media, and interviews with friends and families of people who died from COVID-19, the series was named ‘Beyond Numbers’, to indicate that the daily figures of deaths and infections on the NCDC dashboard are more than mere statistics.

NCDC on Kogi COVID-19 situation
Chikwe Ihekweazu, the NCDC boss, had explained how the five cases attributed to Kogi were found in an interview with PREMIUM TIMES in October, when we reported that the state has not reported a single case and death in 120 days.

The NCDC director explained why the cases were identified with Kogi even though they were discovered outside the state.

“There is regular movement of Nigerians across states for various reasons. This has led to the confirmation of COVID-19 cases in states that are different from the original location of the case. At the national level, we agreed on a policy with states that if a suspected case is identified in another state within two days of arrival, then the epidemiology number should come from the original LGA/State that the case came from.

“This is not a sign of failure for any state, but to ensure that we can quickly identify contacts of the case and reduce the risk of spread of the virus. We have done this with Kogi State and several other states that meet this requirement,” he said.

Contacted on Tuesday morning to speak on the latest development with the state now surpassing 170 days without a case or death, the NCDC director said, “refer all questions to Kogi state government.”

Ripple effect
Health experts believe the situation in Kogi does not just raise serious concerns but has also made it more difficult to have a synchronised national strategy.

It also sets a bad precedent to other states who may decide to choose irresponsibility at the expense of their people’s lives, according to Confidence MacHarry, a security and health data analyst with SBM intelligence.

“Kogi’s resort to the “no test, no case” strategy in the early days of the first wave might have felt good for its government, but it is not really a strategy. It amounts to playing the ostrich. The silver lining is that unlike other states who reported the menace of ‘strange illnesses’, Kogi was spared that same fate.

“Over all, it does not seem as though the state government is interested in combating the spread of the virus despite several investigations which have disproved the government’s claim,” Mr MacHarry said.

He said there is a need to tackle this problem head on if the next wave is to be contained.