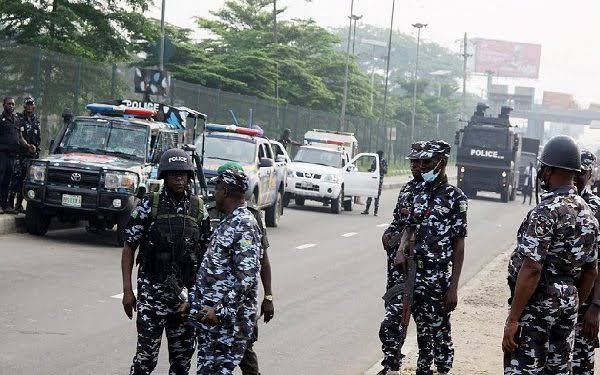 The police in Lagos have denied killing a teenager during a protest in the Ojota area of the state on Saturday.

Agitators of the Yoruba nation had defied the presence of security operatives and converged at the Freedom Park, chanting different songs of freedom and flying their flags.

They said the nation is bleeding and they need Oodua Nation, insisting that it is time to have a separate nation for the Yoruba ethnic group because they are suffering and are being marginalised.

Reports emerged that a 14-year-old girl was hit by stray bullets as policemen dispersed the protesters in the nation’s commercial hub.

But the Lagos State Police Command distanced itself from the incident, describing it as a rumour being circulated to cause confusion and fear amongst residents of the state.

In a statement, the spokesman of the state police command, Olumuyiwa Adejobi, said the police was not responsible for the lady’s death.

While claiming that the lady’s corpse is not fresh, the police spokesman maintained that no live bullet was fired during the protest.

“The Command hereby wishes to debunk the rumour and state categorically that it’s a calculated attempt to create confusion and fear in the minds of the good people of Lagos State and the country at large,” the statement partly read.

“The Command did not fire a single live bullet at Ojota rally today. The said corpse was found wrapped and abandoned at a distance, far from the Ojota venue of the rally, behind MRS Filling Station, inward Maryland, on the other side of the venue, with dried blood stains suggesting that the corpse is not fresh.

“After a close look at the corpse, a wound suspected sustained from a sharp object was seen on it,” Adejobi said adding that investigation to unravel the incident will commence immediately.

Salvadorans March Against Bitcoin And ‘Dictatorship’