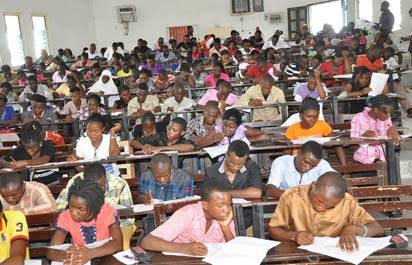 The examinations are to hold from August 17 to November 18. These include the Senior Secondary Certificate Examination (SSCE) for SSS3 students conducted by the National Examination Council (NECO) which will start on October 5 and end on November 18.

The Minister of State for Education, Chukwuemeka Nwajuiba, made the announcement on Wednesday in Abuja after a series of meetings with chief executives of examination bodies in the country.

The Federal Ministry of Education held a meeting on Tuesday with the chief executives of examination bodies namely, NECO, NABTEB and NBAIS, to harmonise their examination dates. The government also said the West African Senior School Certificate Examination (WASSCE) will begin on August 17.

The education minister said the National Business and Technical Examination Board (NABTEB) examinations will start on September 21 and end on October 15. “Other details of the schedule indicate that the Senior Secondary School Certificate Examinations, for SS3, conducted by NECO will start on October 5 and end on November 18, 2020,” he said.

The minister said the Basic Education Certificate Examinations (BECE) for JSS 3 students, also conducted by NECO, will start on August 24 and end on September 7. “Furthermore, the National Common Entrance Examination, (NCEE) which is a one-day NECO examination for intending applicants into Unity Colleges (JSS1) will run in-between the Senior Secondary Certificate Examinations (SSCE) i.e. on October 17, 2020,” he said.

The minister directed all examination bodies to release their examination timetables in the next seven days. “For the one – day National Common Entrance Examination conducted by NECO, it is compulsory for parents and pupils to wear face masks on the exam date, while also carrying along with them, alcohol-based sanitizers,” he said.