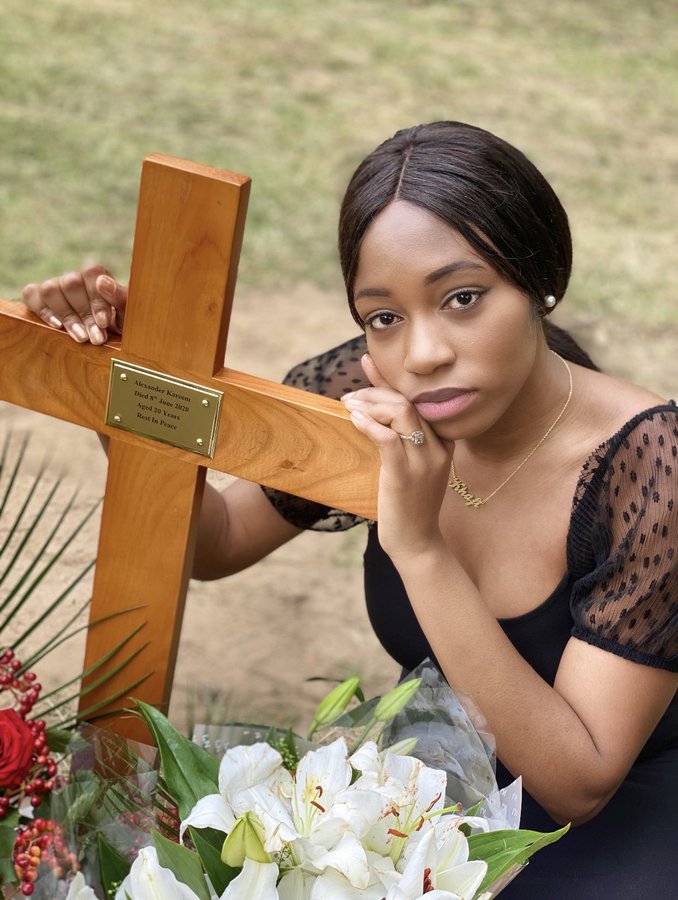 BBNaija Star, Khafi Kareem Pens Down Emotional Message As She Buries Her Brother.

It about a month ago, there were reports that the brother of Big Brother Naija 2019 star, Khafi Kareem has been murdered. The name of the guy was Alexander Kareem and he was killed in a shooting incident in London near his family’s apartment.

He was been buried and her sister took to her social media handles to eulogize him with an emotional message. Sharing a photo of herself at his graveside, she wrote; “I love you now and forever Alex. Rest well. ❤️”