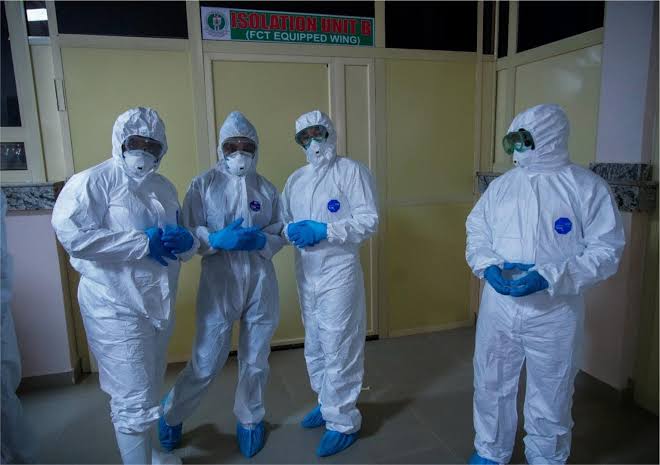 The efforts of local and international actors in Nigeria’s response to COVID-19 helped in curtailing a larger spread of the disease, an official of the World Health Organization (WHO) has said.

Walter Mulomo, the country representative of WHO, said since the beginning of the outbreak in Nigeria about a year ago, the global health agency has been engaging the Nigeria Centre for Disease Control (NCDC), the health ministry and several other stakeholders in a multi-sectoral plan to combat the disease and its adverse impacts.

Mr Mulomo made this known in a video interview published by the WHO to mark one year of COVID-19 in Nigeria.

Saturday marked exactly one year since medics were summoned to what became the first confirmed case of COVID-19 in Nigeria. Since then, over 155,000 infections have led to more than 1,900 deaths.

Nigeria, like most African countries, has not suffered from the worst effect of the pandemic, unlike its European and American counterparts, and Mr Mulomo believes the management and strategic response of various stakeholders played a part.

According to the official, WHO’s partnership with local and international actors led to the mobilisation of over $73 million used in the supply of resources needed to start the COVID-19 response in Nigeria.

“Nigeria has experienced two waves since the beginning of the outbreak. The first wave peaked around August 2020, and the second wave started in December,” he said.

Mr Mulono said the response effort has started to pay off with the recent decrease in daily infections.

Nigeria on Sunday recorded its lowest daily infection and death toll in about six months with 240 new cases and two fatalities, according to the country’s health authorities.

Since the increase in infections officially declared the second wave of the pandemic last December, Nigeria had averaged over 1,000 cases daily.

But in the past one week, daily cases have fallen below 700 suggesting the worst phase of the viral infection may have passed.

WHO has been involved in the global coordination for mitigating the COVID-19 pandemic, within the broader United Nations response.

On January 5,2020, the WHO notified the world about “pneumonia of unknown cause” in China and subsequently followed up with investigating the disease. On January 20, 2020, the WHO confirmed human-to-human transmission of the disease.

On January 30, 2020, the WHO declared the outbreak a Public Health Emergency of International Concern and warned all countries to prepare.

On March 11, 2020, the WHO said the outbreak constituted a pandemic.

By October 5, the same year, the WHO estimated that a tenth of the world’s population had been infected with the novel virus.

The WHO has spearheaded several initiatives like the COVID-19 Solidarity Response Fund to raise money for the pandemic response, the UN COVID-19 Supply Chain Task Force, and the solidarity trial for investigating potential treatment options for the disease. The WHO’s COVAX vaccine-sharing programme aims to distribute 2 billion doses of COVID-19 vaccine for free or at a reduced cost by the end of 2021, but has struggled to raise funds to subsidise the costs.

COVID-19 Situation In India Is ‘Beyond Heartbreaking’ – WHO Chief

U.S Advises Citizens Against Travelling To Nigeria Over Banditry, Terrorism, Others

COVID-19: WHO Rejects Proof Of Vaccination For International Travel