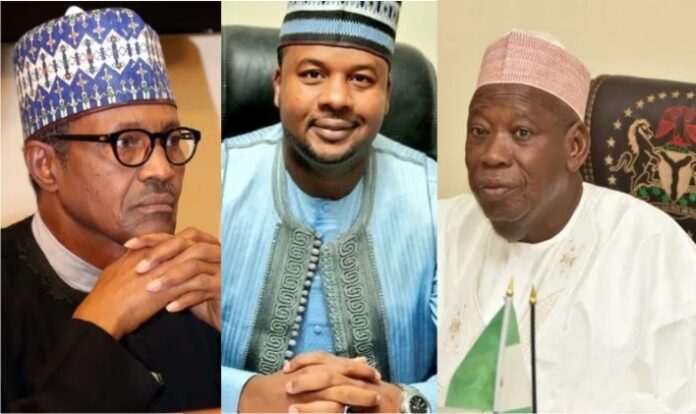 The governor of Kano State, Abdullahi Ganduje, has suspended his media aide, Salihu Tanko after the official issued a scathing criticism of President Muhammadu Buhari over his handling of the #ENDSARS protests.

The country has been rocked by protests since Wednesday demanding the disbandment of the notorious police unit, SARS, accused of rampant killings, extortion and harassment of citizens.

The police violently dispersed the protests in Abuja and other cities, in a attempt to crush dissent. A protester was shot dead in Osun State.

On Sunday, the government bowed to pressure and ordered the immediate dissolution of the SARS unit.

Mr Tanko in an earlier published interview with the media endorsed the protest against police brutality, saying the president lacked empathy for his citizens and has most times failed to respond to pressing complaints they raise.

“Before the protest on EndSARS, there are issues affecting the security of lives in the north and numbers of projects that need the president attention for completion, however, the president has chosen to remain adamant,” he said.

“As a concerned citizen and supporter of the president, we cannot continue to fold our arms and watch things going contrary and at the end, we start regretting and trading blames,” Mr. Tanko told the media.

In a tweet, Mr Tanko said, “I’ve never seen a government with zero emphaty like that of president Buhari. So many times when his people are going through difficult time and expect some sort of tab on shoulder to reassure them that he is in charge, but he failed to do so.

“The I don’t care attitude is on another level,” Mr Tanko wrote.

“To speak to your people over issues that are bedeviling them has become something like a favour you are doing to them.

“Over and over again, you cannot spare five minutes and address the nation to calm them down, the same people you went round to the 36 states to beg for their votes, its heartbreaking,” the official said.

Mr Ganduje, who is a member of the ruling APC, in a swift response on Sunday suspended Mr Tanko.

The state’s commissioner for Information, Muhammad Garba, in a statement confirmed the suspension of the official.

He said although the media aide has owned up to the comments as his personal opinion, but that as a public figure, it will be difficult to differentiate between personal opinion and official stand on matters of public concern.

“The governor therefore warned political appointees and public servants to guard against making statements capable of drawing unnecessary controversy and heating up the polity.

The statement reaffirmed the commitment of Governor Ganduje to the policies and programmes of the Buhari administration.

Tinubu Is Hale And Hearty, Requires No Hospitalisation – Aide