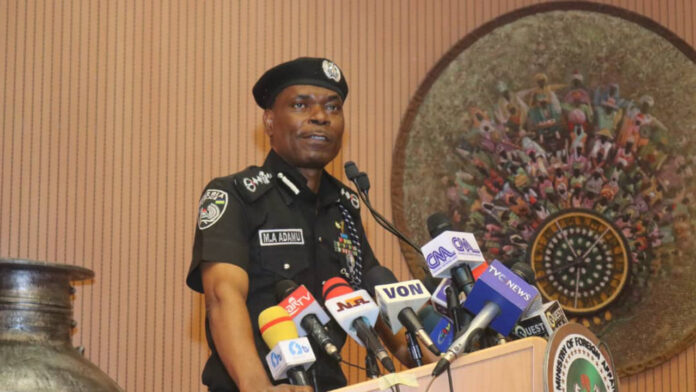 The Inspector-General of Police, Mohammed Adamu, has announced the dissolution of the dreaded police unit, Special Anti Robbery Squad (SARS or FSARS).

The police chief also announced major police reforms including the formation of an investigative team, which will include civil society and human right groups, for the purpose of “investigating alleged cases of human rights violations” by the police.

The dissolution of the SARS is coming on the heels of the #EndSARS protest nationwide.

The IGP, who reports directly to the Nigerian president from whom he receives directives, made the announcement on Sunday afternoon at a press conference at the force headquarters.

A statement on the announcement was also circulated by the police spokesperson, Frank Mba.

The SARS, a police unit, has been accused of extortion, harassment and murder of many young Nigerians.

PREMIUM TIMES has reported on the protests during which at least one protester has been killed.

The police have violently dispersed the protest in many Nigerian cities. Despite the police’s action, the protesters remained undeterred with many local and international celebrities joining in the call for police reform.

The police chief in his address noted that the need to dissolve the anti-robbery unit was as a result of the protest that has rocked the country for over five days.

“In the finest spirit of democratic, citizen-centred and community policing, the Inspector-General of Police, IGP M.A Adamu, NPM, mni has today, 11th October, 2020, dissolved the Special Anti-Robbery Squad (SARS) across the 36 State Police Commands and the Federal Capital Territory (FCT) where they hitherto existed,” Mr Mba said in the statement.

“The IGP, while noting that the dissolution of SARS is in response to the yearnings of the Nigerian people, observes that by this dissolution, all officers and men of the now-defunct Special Anti-robbery Squad are being redeployed with immediate effect.”

He said the police are not oblivious of the ever-present need to combat armed robbery, kidnapping, and other violent crimes in the country which he said was before now the core mandate of the erstwhile squad.

He also announced that a new policing arrangement to address anticipated policing gaps the dissolution of SARS would cause has been evolved and shall be announced in due course.

“Meanwhile, as part of measures to prevent a re-occurrence of events that gave rise to the dissolution of SARS, a Citizens’ and Strategic Stakeholders’ Forum is being formed to regularly interface with Police leadership at all levels and advise on police activities as they affect the general public.”

“In addition, the Force is constituting an Investigation Team which shall include Civil Society Organizations and Human Rights Bodies to work with the Police in investigating alleged cases of human rights violations.”

According to him, the new measure will enhance transparency and accountability in police services as well as providing a system of deterrence for erring police officers whose action clearly violates the rights of the citizenry.

“The IGP appreciates and commends all citizens particularly those who genuinely express their concerns for a better policing orientation in an organized, patriotic and civil manner.”

“He reaffirms the determination of the Force to bequeath to the country a Police Force and System that is professional in service delivery and most importantly, accountable to the people,” he said.

The protests to scrap the police formation which has been responsible for the death of many innocent Nigerians gained momentum in Lagos on Thursday.

Nigerian youth took to the streets to air their frustration.

On Friday, some of the protesters took off from the Lagos State House of Assembly at Alausa and proceeded to Allen roundabout.

They maintained that they were not asking for a reformation of the SARS outfit, but a complete proscription of that unit.

Mr Adamu had last week placed a ban on SARS and other special police units from operating on Nigerian roads.

Apart from SARS, other tactical squads of the police that were banned from the roads include Special Tactical Squad (STS), Intelligence Response Team (IRT), Anti-Cultism Squad and other Tactical Squads.

The media reported how President Buhari last year ordered the implementation of the report of the panel. However, nothing seemed to have changed since then until the Sunday directive.