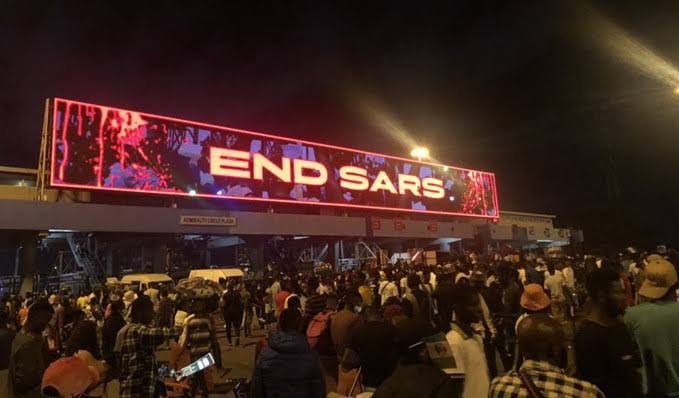 Police authorities in Lagos State have said no #EndSARS protest held at the Lekki tollgate after a viral video surfaced on social media.

A media correspondent who was present at the toll gate on Monday also did not witness any protest.

The Public Relations Officer of the Lagos State Police Command, Olumuyiwa Adejobi, noted in a statement that the content of the video was fake, false, and misleading.

He stated that the video was being circulated by mischief makers to create tension and destabilise the security network within the state.

According to Adejobi, the footage was one of the viral videos previously released during the recent #EndSARS protests before the Lekki tollgate plaza was set ablaze by hoodlums.

While urging the general public to disregard the video in its entirety, he called for calm and asked residents to go about their lawful businesses.

Adejobi gave an assurance that the police were prepared to deal decisively, within the ambit of the law, with any act of lawlessness that could lead to the breakdown of law and order in Lagos.

Amid calls by supporters for new protests over the government’s failure to fully address the issues raised, the police deployed personnel at the tollgate to prevent any form of protests.

President Muhammadu Buhari had also warned that any act of hooliganism hiding behind lawful and peaceful protests would be dealt with decisively to ensure peace and stability in the country.

The toll gate is significant for being one of the major gathering points for young Nigerians during the #EndSARS protests in October, which was later hijacked by hoodlums and resulted in massive destruction of lives and properties in some states, with Lagos being the worst-hit.

On the evening of October 20, the Nigerian Army opened fire at the tollgate in an attempt to disperse peaceful youths who were protesting police brutality.

The shootings have attracted widespread condemnation from rights groups and international figures, including the United Nations.

At various times, the Nigerian government and the army have denied wrongdoing while a Lagos State judicial panel is reviewing the facts of the shooting.