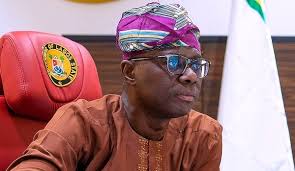 The Lagos State Government, on Friday, directed that schools should reopen on Monday, August 3, for only Senior Secondary School Class 3 and Technical Schools Class 3.

Governor Babajide Sanwo-Olu stated this at the 16th briefing on the COVID-19 response at the State House in Marina, adding that pupils in Junior Secondary School Class 3 would need to wait for “about a week or two before resumption.”

Sanwo-Olu also sustained the ban on churches and mosques, as well as on social gatherings, while clarifying that the schools’ reopening was only for day schooling as boarding activities were prohibited.

For the Primary 6 pupils, the governor noted that they would be graded by their already recorded Continuous Assessment to cross over to secondary schools.

The Presidential Task Force on COVID-19 had on Monday approved the “safe reopening of schools in the next phase of the gradual easing of lockdown” ordered to stop the spread of the infection.

Sanwo-Olu, on Friday, announced the gradual reopening of the schools from August 3, directing students in transitional classes, with mandatory public exams ahead of them, to resume for revision classes and examination.

He said, “Students in transitional classes, who have mandatory public exams ahead of them, are now permitted to resume revision classes and examination. All education establishments are to follow established public health guidelines and protocols for reopening the schools for these categories of students. The commencement date for this opening will be August 3, 2020, for SSS 3 and TEC 3 students only. Dates for JSS 3 schools’ reopening for revision classes and examinations will be announced in due course.”

The governor added that churches, mosques, bars and other public places remained closed until further notice.

Meanwhile, the Ogun State Government has said it is sustaining the closure of schools, churches and mosques as COVID-19 cases reached 898 in the state with 270 active cases and 19 deaths on Friday.

The state government said this in statement by Kunle Somorin, the Chief Press Secretary to Governor Dapo Abiodun, adding that one of the border local government areas had the highest number of cases.

The state added that it was sustaining the phase of eased restrictions for another two weeks, after which it would review and modify the guidelines.

“Schools are to remain shut. A committee has been set up to engage all stakeholders, public and private school owners, and develop guidelines for a safe reopening of our schools, especially to allow certificate classes to resume and sit for their examinations,” it said.