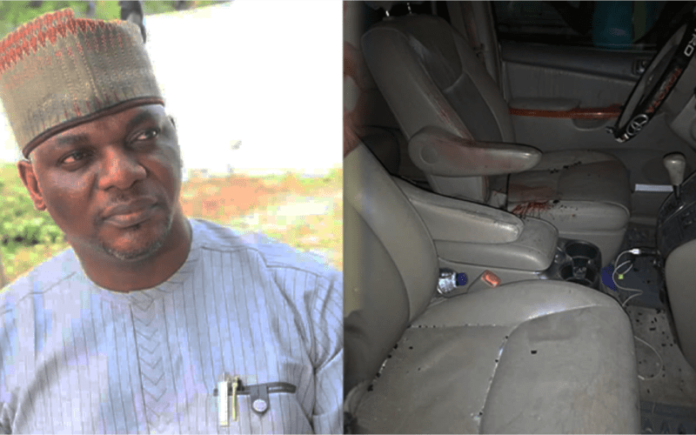 The Kogi State Government has confirmed the killing of the Pension Board Commissioner, Solomon Adebayo by gunmen.

The government in a statement issued on Monday by the Commissioner for Information and Communications, Kingsley Fanwo, said the slain commissioner was coming back to the state from neighbouring Kwara alongside the Chairman of Yagba West Local Government Area, Pius Kolawole.

Although gunmen attacked the government officials, the local government chairman was abducted with the captors reaching his family on Sunday to demand ₦ 100m before releasing the victim.

“We can confirm authoritatively that the unfortunate incident happened shortly after Eruku, Ekiti Local Government, Kwara State. Hon. Adebayo died as a result of gun wounds sustained from the sad incident,” the government’s spokesman said.

“The whereabouts of Hon. Pius Kolawole, Chairman of Yagba West LGA is still unknown but security agencies in Kwara and Kogi State, as well as local security services, are working hard to ensure the safe return of the Chairman.”

Despite the unfortunate killing and kidnapping of the government officials, the Commissioner explained that the “Kogi State Government has been circumspect in making official statements in order not to do anything to throw into jeopardy, the efforts of security agencies on the matter.”

He however reiterated the people of the state of getting rid of criminal elements, noting that Yahaya Bello’s administration will spare nothing to ensuring that Kogi remains the safest state in the country.

While warning some people against making statements capable of undermining the security of the state, the government’s spokesman called for the cooperation of all Nigerians in tackling the numerous security challenges.

According to him, the state government is determined to make Kogi peaceful and safe, adding that Governor Bello is working closely with security agencies to keep residents of the state safe.

Fanwo added, “We commiserate with the family of late Hon. Solomon Adebayo, the people of Yagba West and the entire Kogi State Pension Commission over the demise of a hardworking and patriotic gentleman who contributed immensely to our Pension Administration Revolution in the State. He will be sorely missed.

“The Kogi State Government wishes to assure the family of Hon. Pius Kolawole and the people of Yagba West of our commitment to ensure the release of the Council Chairman.

“We thank all good-spirited agencies and private individuals who have stood with us in this dark time. As a Government, we will recommit ourselves to collaborating with neighboring States to ensure the security of lives and property.”