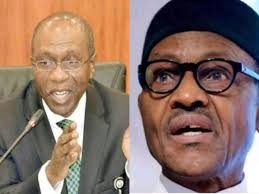 The Federal Government has apologised for its tweet ordering all account holders in the country to obtain and fill self-certification forms.

In a directive contained in a series of tweets (now deleted) on Thursday, the Federal Government said each account holder must submit the filled forms in their respective financial institutions.

In another tweet on Friday morning, the Federal Government acknowledged that its earlier tweets were misleading and the notice by the Federal Inland Revenue Service (FIRS) does not apply to everybody.

“We apologise for the misleading tweets (now deleted) that went up yesterday, regarding the completion of self-certification forms by Reportable Persons. The message contained in the @firsNigeria Notice does not apply to everybody. FIRS will issue appropriate clarification shortly,” it tweeted.

FIRS on its official handle @firsNigeria, however, clarified the information noting that the directive was for ‘Reportable Persons’ with accounts in ‘Reportable Financial Institutions.’

“This is to clarify the publication for financial institutions account holders in Nigeria to complete the self-certification form, pursuant to the Income Tax (Common Reporting Standard) Regulations 2019 which is for the fulfillment of Automatic Exchange of Information Requirements.

“The Self Certification form is basically to be administered on Reportable persons holding accounts in Financial institutions that are regarded as “Reportable Financial Institutions” under the CRS.

“Reportable persons are often non-residents and other persons who have a residence for tax purposes in more than one jurisdiction or Country.

“Financial Institutions are expected to administer the Self Certification form on such account holders when the information at its disposal indicates that the Account holder is a person resident for tax purpose in more than one jurisdiction.

“The information that indicates an account holder is a resident for tax purposes in more than one jurisdiction, is expected to be available to Financial Institutions during the account opening processes for the KYC and AML purpose,” FIRS tweeted.

The announcement giving the directive was greeted on Thursday with outrage by Nigerians.

The directive had warned that “failure to comply with the requirement to administer or execute this form attracts sanctions which may include monetary penalty or inability to operate the account.”

Many Nigerians on Thursday evening took to Twitter to express displeasure.

Following the apology by the Federal government and clarification by the FIRS, Nigerians on Twitter expressed disappointment and surprise. Others demanded more clarification, wondering if the reverse decision was taken following Thursday evening backlash on Twitter.