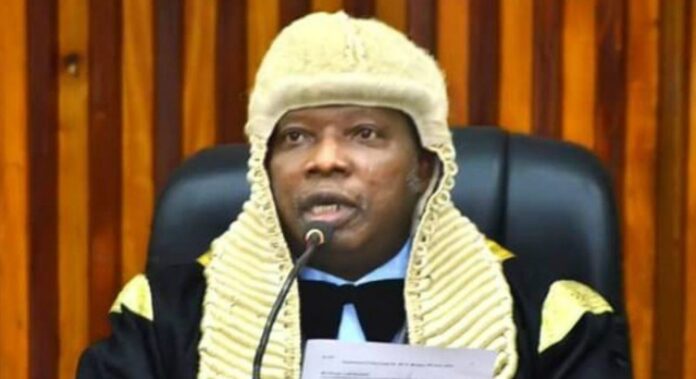 The Economic and Financial Crimes Commission (EFCC) has arrested the Speaker of the Ogun State House of Assembly, Olakunle Oluomo.

He was arrested around 9 am on Thursday at the Murtala Mohammed International Airport, Lagos.

Sources told the media judiciary correspondent, Shola Soyele, that he was picked up by officials of the EFCC to answer questions bordering on alleged financial crimes.

The leadership of the Commission has kept mum over the arrest but they are expected to issue a statement shortly.

But a source within the Commission admitted that the Ogun State Speaker had been invited by the EFCC several times but failed to honour the invitations.

Oluomo has been taken to the EFCC’s Lagos office for further questioning.

Meanwhile, the Ogun State House of Assembly has remained calm after the arrest of the Speaker by anti-graft operatives.

Although the situation remains calm, the gate leading to the assembly complex remains closed as men of the Nigerian Civil Defence Corps manned the entrance gate.

Similarly, the entrance to the area was restricted as visitors in and outside the complex were turned back.