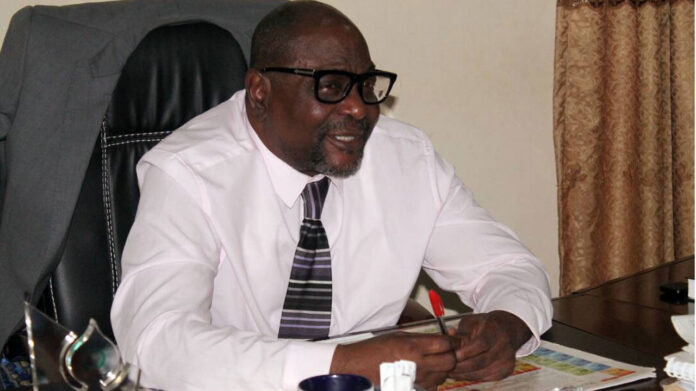 The outgoing Vice-Chancellor of the Federal University, Oye Ekiti, Kayode Soremekun, has warned against the hasty reopening of the nation’s tertiary institutions, arguing that Covid-19 is still very much alive in Nigeria.

The Vice Chancellor said this in Akure, the Ondo State capital, on Saturday, at the launch of a book, Campus Security Management, Insight from the Front liners, written by Paul Ogidi.

Mr Soremekun said although he was in support of the resumption of schools, particularly the universities, he, however, said premium must be given to safety.

“We are in a salad of issues, salad in the sense that we are in the Covid phenomenon. If you look carefully we are yet to fully be in the post-Covid era,” he said.

“When you look at the comparative dynamics you will discover that in some countries where they opened up, there was a resurgence.”

He also noted that the government has to be careful on the issue, especially with the strike by the industrial unions which is not in any way simplifying the problem.

“We also have at the moment the evolving reality of the NLC strike, so I think we should all just take things as they are,” he added.

“FUOYE is ready because we only have to put a number of protocols in place and we would resume. We know the cost and we are already preparing. We are cash trapped, but we have enough money to ensure resumption.”

Meanwhile, the founder of the Afe Babalola University, Ado Ekiti, Afe Babalola, has expressed the readiness of private universities to reopen.

Mr Babalola noted that many public universities are not prepared due to lack of adequate infrastructure and underfunding, a result of which ASUU has been at loggerheads with the Federal Government.

“This is in sharp contrast to what obtains in private universities most of which are reputed for their moral and physical discipline, quality and functional education, hygienic and safe environment, predictable academic calendar, absence of unionism, committed teachers, modern teaching equipment and laboratories as well as adequate preparation to prevent COVID-19,” he said.

The National Centre for Disease Control(NCDC) reported 136 new cases of COVID-19 and 3 deaths on Saturday , September 26, in the country.

Till date, 58198 cases have been confirmed in the country, 49722 discharged from treatment centre while 1106 deaths have been recorded in the 36 states and the Federal Capital Territory.

However, ASUU has continued to maintain that it will not call off the strike it embarked upon on March 23, 2020, until all its demands are addressed by the federal government.