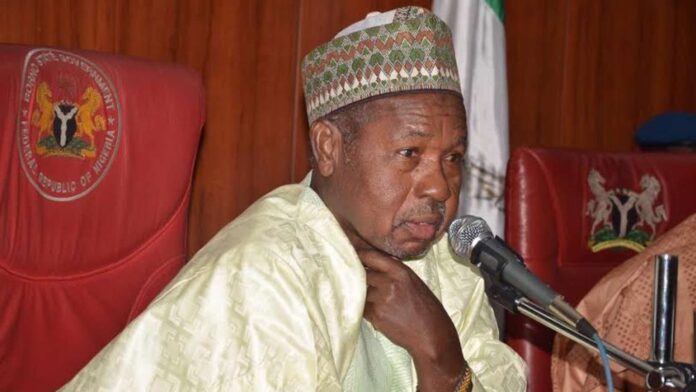 Some of the suspected victims of human trafficking rescued by the Katsina State Police Command.

The police authorities in Katsina State have rescued no fewer than 29 persons, said to be victims of human trafficking in the state.

In a statement issued on Wednesday by the Police Public Relations Officer in the state, Gambo Isah, the victims comprised 22 females, five males, and two children.

According to the police spokesman, the victims were on transit from the southern part of Nigeria to Libya, Algeria, and Turkey respectively.

They were said to have been intercepted at Unguwar Jummai village in Mai’addua Local Government Area of Katsina state, a border town with the Niger Republic.

While noting that the State Police Command has commenced an investigation into the incident with a view to arresting the traffickers, Isah also confirmed the arrest of one Abdullahi Ibrahim.

The police authorities alleged that the 35-year-old Ibrahim, a native of Malabo village, Safana LGA of the state, is a notorious bandit terrorizing Safana and Batsari areas of Katsina.

“In the course of the investigation, one AK47 rifle and seven (7) rustled cows were recovered in his possession. The suspect is assisting the police in our investigation. An investigation is ongoing.

“On 15/12/2020 at about 17:30hrs, based on credible intelligence, the Command succeeded in raiding a criminal hideout at Rugoji Yartalata village, Kafur LGA and recovered one Pump action rifle, eight (8) cartridges, one fabricated revolver pistol, and some items suspected to be used in making Improvised Explosive Devices (IEDs). The investigation is ongoing with a view to arresting the criminals,” the statement partly read.