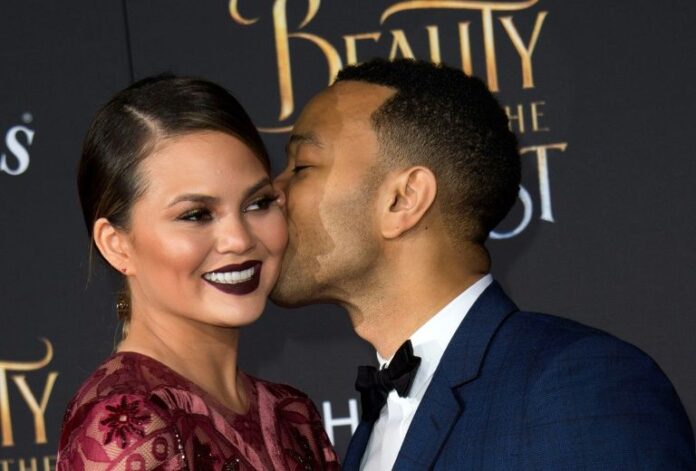 Model Chrissy Teigen and her award-winning singer husband John Legend — one of Hollywood’s hottest supercouples — have disclosed that they are in “deep pain” after losing their baby following a difficult pregnancy.

Teigen, who was expecting her third child with Legend, was hospitalized over the weekend for pregnancy complications that had led to excessive bleeding.

The couple’s frank posts about their personal tragedy triggered an outpouring of messages of support on Thursday.

“Driving home from the hospital with no baby. How can this be real,” Teigen wrote on Twitter.

“We are shocked and in the kind of deep pain you only hear about, the kind of pain we’ve never felt before,” Teigen wrote in a separate post on Instagram.

The post included a black and white picture of her in the hospital, crying with her hands clasped and her head bowed.

Another picture shows her in a hospital bed, holding the child as Legend kisses her shoulder.

“We were never able to stop the bleeding and give our baby the fluids he needed, despite bags and bags of blood transfusions. It just wasn’t enough.

Teigen, 34, said that she and Legend — who are already parents to Luna, 4, and Miles, 2 — had chosen until now not to name their children before leaving the hospital but that she had started to call this baby Jack.

“To our Jack — I’m so sorry that the first few moments of your life were met with so many complications, that we couldn’t give you the home you needed to survive. We will always love you,” Teigen wrote.

Legend, 41, retweeted her Instagram post with a message, “We love you, Jack.” This was followed by five black heart emojis.

“We’re always here for you and love you guys so much,” Kim Kardashian West wrote on Instagram.

While some criticized Teigen for oversharing, others praised her for lifting the lid on the painful issue of pregnancy loss.

“You just made so many women feel seen by sharing this intimate grief,” said “Brooklyn Nine-Nine” actress Melissa Fumero.

The couple have a robust presence on social media, sharing details about everything from their political views to their home life.

Teigen has shared a video of an ultrasound exam, celebrated the removal of her breast implants by sharing pictures of her scars, and often features images of children Luna and Miles.

The entertainment power couple wed in 2013, after meeting years before on the set of one of Legend’s music videos. They had announced in August they were expecting a third child.

Meghan Markle Reveals She Had A Miscarriage In July