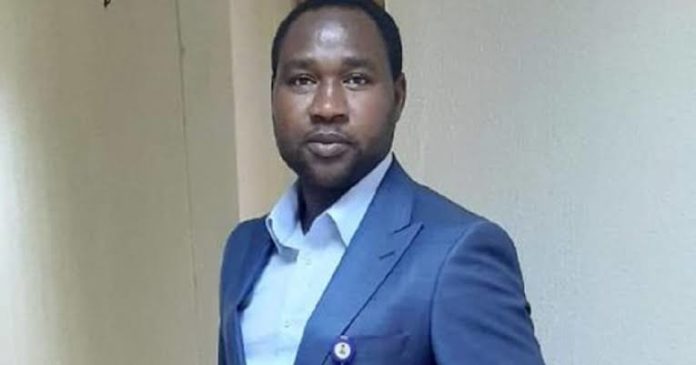 Mubarak Bala was arrested at his home in April after criticising Islam online. His wife has pleaded for information about his wellbeing on the eve of the three-month anniversary of his detention.

Mubarak Bala, the president of the Humanist Association of Nigeria, was arrested at his home in Kaduna state on 28 April and taken to neighbouring Kano.

In the weeks before, he had posted comments critical of Islam on Facebook that caused outrage in the deeply religious and conservative part of the country. Since being taken to Kano, Bala’s whereabouts and his health are unknown.

According to figures close to him, he has been denied contact with his family and lawyers.“I don’t know whether he’s dead or alive, in prison or not,” his wife, Amina Mubarak, said. “At this point, I’m not even begging for his release, I just want his proof of life.”

Ms Mubarak, who had given birth to a boy six weeks before her husband was taken, said she had desperately pleaded with officers at the police headquarters in the capital, Abuja, to allow her contact with her husband. She also asked for proof of his wellbeing, but was denied on both counts.

“It is unbearable, going through this psychological and emotional trauma right now. I’ve tried all I can,” she said. A lawyer for Bala in Kano said the 36-year-old was being treated especially severely. “I’m concerned that someone is being held incommunicado when it is not as if he has committed terrorism or murder,” said the lawyer, who spoke anonymously because of sensitivities around the case.

“It should confirm to everybody that the system is supporting injustice.” Kano has a dual sharia and state legal system and Bala has been charged under state law with violating a religious offence law and with cybercrime.

Religious figures in Kano have pushed for Bala to be punished, prompting fears he would be tried under sharia law, but for now this does not appear to have happened.

On Friday, United Nations rights experts said there had been a “a serious lack of due process” in Bala’s treatment. “The arrest and detention of Mr Bala amounts to persecution of non-believers in Nigeria,” a statement said. “We are also gravely concerned about Mr Bala’s safety, while in detention, in light of the death threats against him, and further fear that he may be subjected to torture … or punishment due to his atheistic beliefs.

”The experts also noted that “the small community of non-religious people or non-believers in Nigeria constantly face harassment, discrimination, persecution and prohibitive social taboos”. Bala’s outspoken criticism of religion and Islam in Nigeria touched a nerve in the predominantly Muslim north, where open, religious dissent is uncommon.

The son of a widely regarded Islamic scholar, he renounced Islam in 2014 and was forcibly committed to a psychiatric facility by his family in Kano for 18 days before being discharged. Leo Igwe, a fellow Nigerian humanist and rights activist, said Bala had fostered a community for thousands of Nigerian atheists, and that his arrest threatened their freedoms. “It is clear that they want to disappear him as a way of silencing these beliefs,” he said.