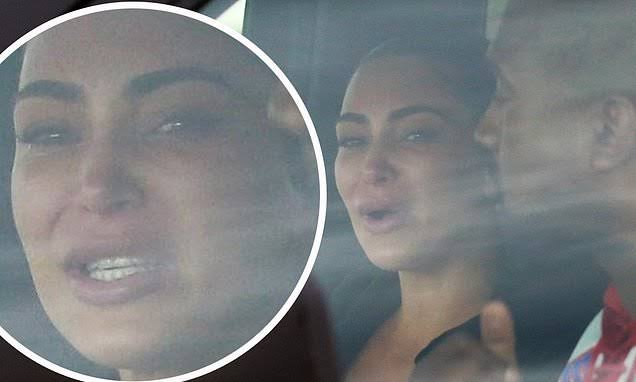 According to TMZ, at 7:01 PM PT, they got pictures of Kim and Kanye as they returned to the ranch after making a pit stop at Wendy’s, and she is visibly upset, crying as she and Kanye talk it out. He seems animated and it appears the conversation is somewhat contentious.

Kim has been trying to get Kanye to agree to get medical help, but so far he has been unreceptive. Kim Kardashian and Kanye West are together for the first time since the disastrous campaign rally in South Carolina a week ago, and their first outing was Wendy’s!!!

Kim flew to Cody, WY on Monday. After weeks of back and forth where she was desperately trying to get Kanye to get treatment for a serious, bipolar episode. He was unwilling to listen to her, and the Kardashians were at a loss on how to help.

Well, Kanye publicly apologized to Kim on Saturday for a comment he made that hurt her. We’re guessing it’s the talk of abortion that really upset her. He begged for her forgiveness. They have come together, but when you look at the photo, which, of course, is just a moment in time, they don’t look particularly happy. They’re staring at their phones in one photo and off into the distance in another. As you know, Kanye talked about divorce a few days back, but again he’s in the middle of a serious episode.