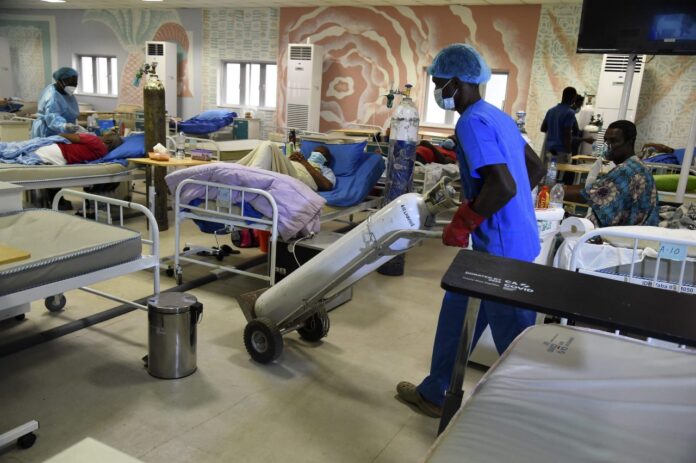 The Oyo State COVID-19 government has uncovered the Delta variant of the COVID-19 in the State.

The State Incident Manager and coordinator of the Emergency Operations Centre, Dr Olabode Ladipo, who confirmed the development, said that the general public is notified of the need to take extra caution.

The patient is currently in isolation.

On Sunday night, the Chief Press Secretary to Governor ‘Seyi Makinde, Mr Taiwo Adisa, warned the residents against letting down the guards to dangerous consequences.

“This strain has been associated with high transmission, increase the severity of infection and outcomes.

“As such, this is to warn that the virus is still very much within the society,” the statement read in part.

The state government also advised all inbound travellers to always isolate for seven days and submit themselves for tests.

“The ‘Own Your Action’ (OYA) initiative of the State Government should be seriously considered by adhering to the guidelines of wearing nose and mouth masks in public gatherings, washing of hands with soap and water and use of hand sanitisers, among others.

“The Oyo State COVID-19 Task Force hereby appeals to the good people of Oyo State to comply with these and other advisories as they apply to individuals and organisations.

“It would be appreciated if all in-bound travellers from overseas maintain the mandatory seven-day isolation and subsequent testing before mingling with the populace.”

Residents are also enjoined to seek medical care and avail themselves of the opportunity of free testing whenever they see any symptom.

The discovery of the Delta Variant in Oyo State is coming a few days after Nigeria’s capital city, the Federal Capital Territory (FCT), recorded the first case of the variant.

The World Health Organisation (WHO) described the variant as deadlier and “most transmissible.”