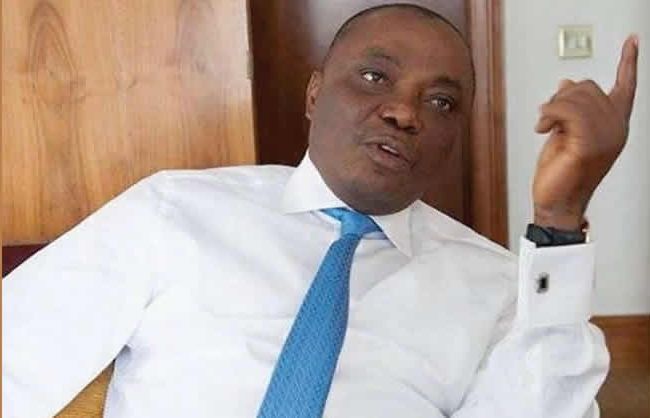 …Matter in court, unsigned letter not delivered to me – Nwaoboshi

However, the names of the errant firms were not disclosed in the letter addressed to the lawmaker.

The commission asked Nwaoboshi to refund the money within two weeks.

The letter dated July 5 signed by the Director, Legal Services of the NDDC, Peter Okoro, asked the senator to pay back the money meant for the supply of plastic chairs and desks for primary and secondary schools in the Niger Delta region in 2017.

It read, “Instead of supplying the chairs and desks to the Commission’s warehouse in Port Harcourt or to any of the NDDC offices in the nine Niger Delta states, the items were supplied to a warehouse described as Akuede Akwis’ located at Benin Expressway, Okpanam, before Wichetech Aluminum Company.”

According to the letter, the lawmaker’s firms were paid to supply the plastic chairs and desks to schools in Delta North Senatorial District, including desks and benches to selected schools in the Niger Delta.

The NDDC noted, “Despite having fully paid for the 2017 contracts for the production of chairs and desks, the items have not been supplied to the commission.

“The resultant effect is that the commission and the Niger Delta region have been deprived of the use of the desks and chairs.”

The NDDC spokesperson, Charles Odili, confirmed the authenticity of the letter.

Matter in court, unsigned letter not delivered to me –Nwaoboshi

But Nwaoboshi in a statement by his media aide, Awele Onokwai, on Friday, said the matter was already before a competent court of law and that he had yet to receive a copy of the letter purportedly addressed to him from the NDDC.

Nwaoboshi described the letter as fake as it was not officially addressed or signed.

He also said that the letter did not link him to any of the contracts.

The statement read in part, “Our attention has been drawn to the purported subject matter above, credited to one Peter Claver Okoro, Esq, posing as the Director, Legal Services of the Niger Delta Development Commission and we make bold to state the following:

“That the purported matter is sub judice as it is already before two law courts of competent jurisdiction in Nigeria, wherein, Distinguished Senator Peter Nwaoboshi sued the NDDC, Mr Charles Odili and relevant newspapers for defamation of character.

“The purported letter, unlike any formal letter emanating from a recognized government Ministry, Agency or Department is not signed, therefore, can easily be denied.

“Nowhere in the contents of the purported letter was it stated that the contractor is directly linked to Distinguished Senator Peter Nwaoboshi.

“Nowhere in the purported letter was it stated that the warehouse, where the plastic chairs were domiciled, belongs to Distinguished Senator Peter Nwaoboshi.”

Nwabaoshi, his colleagues in the National Assembly and some former ex-governors have denied being contractors to the NDDC.