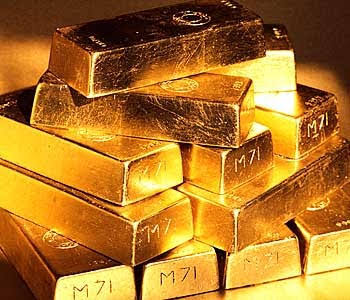 A British firm, Panthera Resources Plc, has announced that its associated company, Moydow Holdings Limited (Moydow), has commenced drilling at its Paimasa Project in Nigeria.

The company made the announcement in a disclosure sent to the London Stock Exchange.

It explained that the Paimasa Project is located in central Nigeria, approximately 115km north-northwest of the capital city Abuja.

A programme of 300m diamond and 1250m reverse circulation (RC) drilling is proposed, it said.

Previous drilling by Moydow in nearby tenements at the Dagma prospect, approximately 45km to the north-northwest, resulted in the identification of significant gold mineralisation within quartz veins discovered by artisanal miners.

The company said there was no previous drilling in the strategic new frontier in West Africa, adding that there is additional target at the Mint prospect, approximately 1.5 km away ‘along strike with similar veining’ – a potential for large scale mineralised system.

It added that the site has “excellent infrastructure” – only 115km from the capital city Abuja and Strong local partner in PW Nigeria Mining Limited (PW Mining) with significant in-country infrastructure and logistics.

Background
The disclosure said Moydow’s Nigerian projects are located within the Benin-Nigerian Shield (BNS) which is comprised of Archaean and Proterozoic basement rocks (migmatites and gneisses) that have been remobilised during the Pan-African orogeny 650-550 million years ago (Ma).

“Within this shield area, elongate zones of schist occur that are interpreted as metamorphosed volcanic-sedimentary belts that have been dated to about the time of the Pan-African event i.e. younger than 650Ma,” it said.

“While these rocks are not generally as prolific a host for gold mineralisation as the Kenema-Man Shield that occurs to the west, separated by a major continental scale zone of thrusting and faulting, there is nevertheless significant artisanal gold mining activity throughout the sequence, particularly within the schist belts.

“Recent exploration has resulted in the discovery of a significant gold deposit within the BNS – the Segilola Gold Deposit owned by TSX-V listed Thor Explorations Ltd. This deposit has published Indicated and Inferred resources of 3.75Mt @ 5.24g/t Au (632,000oz), and is hosted within the Ilesha Schist Belt of the BNS.”

It added that Moydow currently holds two main projects, both hosted within schist belts in the BNS.

“To date, Moydow has focussed on the northern block (Dagma), approximately 45km to the north-northeast of Paimasa, and has conducted geological mapping, soil sampling, trenching and drilling.

“Results from the initial 8 drill-hole shallow drilling programme at the Dagma project have confirmed the presence of multiple sub-parallel zones of gold in quartz veining identified by artisanal miners, with best results.”

The firm said the results are “very encouraging”, being the first drilling into a totally new project, and confirm the presence of significant gold mineralisation in the district.

Work in the Paimasa project area has consisted of geological mapping, rock chip sampling, trenching and soil sampling. Two vein swarms have been located approximately 1.5km apart and broadly along strike, it added.

The proposed drilling programme will concentrate on the southern prospect, the firm said, adding that it has a well-defined, intense concentration of artisanal workings and quartz veining supported by soil geochemical anomalism in a northwest trending orientation.

An initial programme of 300m diamond and 1250m reverse circulation drilling is planned.

Commenting on the announcement, Mark Bolton, Managing Director of Panthera said; “The commencement of drilling in Nigeria represents another important milestone as the Company continues to gain momentum after a prolonged hiatus in our field programmes.

“Moydow has early mover status in Nigeria where very little systematic, modern exploration has been previously undertaken and it is exciting to be drilling in an area with no historical drilling recorded.”

Gold mining in Nigeria
Like the oil and gas sector, solid minerals also belong to the Exclusive List in Nigeria and all revenues accruing therefrom go into the Federation Account, which belongs to the three tiers of government.

Similarly, derivation principle of 13 per cent applies to solid minerals. This means that 13 per cent of revenues accruing to the Federation Account from any natural resources go to the states where the resources are mined.

However, unlike in oil and gas where the government participates fully through the Nigerian National Petroleum Corporation, participation in solid minerals is largely private sector-led.

Under the Nigeria Minerals and Mining Act, the administration of mineral rights lies solely with the federal government, which issues solid Minerals Mining licenses through the Mining Cadastre Office (MCO).

Despite these provisions, across Nigeria, there have been reported incidences of illegal mining activities—-recently in Osun state, for instance.

In July, the Nigerian government said the nation produced, for the first time ever in June 2020, artisanally-mined gold that had been processed and refined according to the London Bullion Market Association (LBMA) standards.

The LBMA was a requirement for the use of gold as a reserve instrument by the Central Bank of Nigeria.

The government said at the time that the Central Bank will be purchasing gold that has been mined, processed and refined under the Presidential Artisanal Gold Mining Development Initiative for use as part of Nigeria’s external reserves.