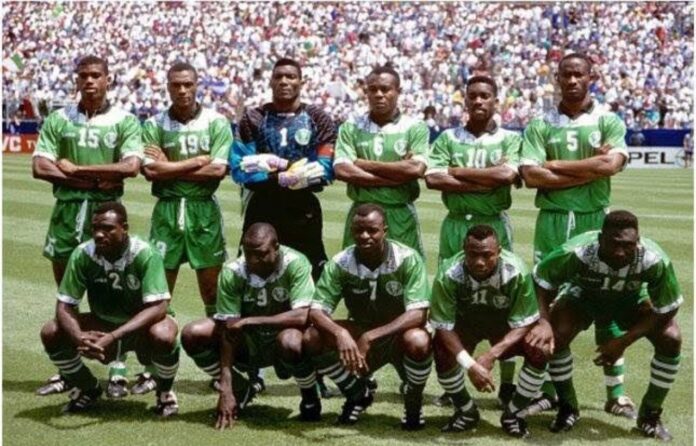 President Muhammadu Buhari has allocated a three-bedroom flat each to members of the 1994 African Cup of Nations (AFCON) winning squad, 27 years after the federal government made the promise.

Presidential aide Garba Shehu announced this in a statement issued on Thursday in Abuja.

“Following a memo by Minister of Works and Housing, Babatunde Raji Fashola, the President approved the allocations in their states of preference, noting that six players and three technical crews received their houses already,” the statement explained.

Former Nigerian captain and coach Stephen Keshi, Uche Okafor, Wilfred Agbonavbare, and Thompson Oriha – all members of the squad that won the competition in Tunisia – have died.

Others are Christian Chukwu, Dr Akin Amao, Stephen Edema, Col. A Asielue and B. Aromasodun.

“Another historical promise fulfilled by our administration. These heroes did our nation proudly, and the least we can do is honour the Federal Government’s promise to them,” the Nigerian leader wrote. “They will be allocated the houses in their States of preference.

The federal government had promised to give the players houses following their exploits in the North African country over two decades ago.

Why President Buhari Travels To The UK For Medicals – Femi Adesina