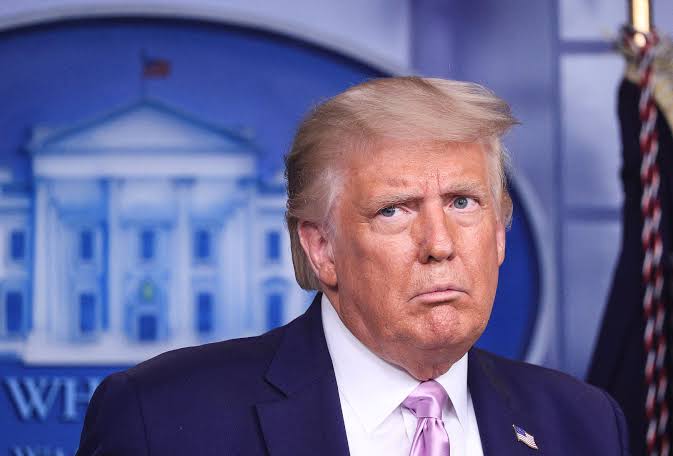 Donald Trump, refusing to concede defeat in the US presidential election, said Saturday that Joe Biden was “rushing to falsely pose as the winner” after television networks declared the Democrat’s victory.

“We all know why Joe Biden is rushing to falsely pose as the winner, and why his media allies are trying so hard to help him: they don’t want the truth to be exposed,” Trump said.

“The simple fact is this election is far from over.”

Trump underlined that states had not yet certified the results, and his campaign has launched multiple “legitimate legal challenges that could determine the ultimate victor.”

However, near-complete results issued by each state showed an insurmountable lead for Biden, allowing news networks to call the overall result, as they do every election.

With networks calling pivotal Pennsylvania and then Nevada for Biden on Saturday, he is now projected to win at least 279 electoral votes, surpassing the magic number of 270 needed to win in America’s Electoral College system that formally chooses the president.

Trump claimed that in Pennsylvania, Republican poll observers were not permitted “meaningful access to watch the counting process.”

“Only a party engaged in wrongdoing would unlawfully keep observers out of the count room — and then fight in court to block their access,” Trump added.

The president’s defiant statement landed as he arrived at a golf course he owns in Virginia, in his first trip outside the White House since Election Day on Tuesday.

His lawyer Rudy Giuliani was in Philadelphia on Saturday where he said Trump would keep pressing the case to have such complaints — particularly in key battleground Pennsylvania — addressed by US courts.

“Obviously he’s not going to concede when at least 600,000 ballots are in question,” Giuliani told reporters.

Asked for specific evidence of fraudulent ballots, Giuliani provided none. “How can I possibly tell you there’s fraud or no fraud?” he said, although he pointed repeatedly to observers being denied sufficient access to observe ballot counting in Philadelphia.

“They kept our inspectors away.”

No evidence of election malfeasance has emerged, although complaints have been filed in multiple states, particularly about insufficient access to observing the vote counts.

Several congressional Republicans stood firmly behind the president, including Senator Lindsey Graham who insisted that “credible allegations of voting irregularities and misconduct” be taken seriously and investigated, not “swept under the rug.”

“Election outcomes are not determined by media outlets but certified, accurate vote counts,” he said, adding that “officials in Pennsylvania should take allegations… seriously before certifying a final outcome.”