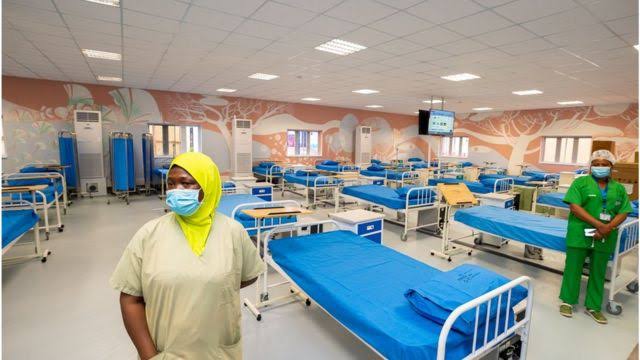 Six positive cases of COVID-19 have been confirmed in a secondary boarding school on the mainland, the Lagos State government said on Friday.

A member of the school’s staff was confirmed positive for COVID-19 on Monday, and contact tracing revealed that a student and four contacts of the staff member were infected with the disease.

According to the government, the staff member fell ill for a few days and received first aid at the school clinic before she later tested positive for COVID-19 at the Lagos State Biobank.

While the state’s COVID-19 Incident Command System, through the Emergency Operation Centre is investigating the incident, the government assures residents that the situation is completely under control.

It added that steps were being taken to contain the spread within the school and reduce exposure to the outside community.

“All parents are being contacted first through the PTA and a family zoom call is being arranged to further allay their fears.

“It is important to note that COVID-19 presents with very mild symptoms in children and teenagers, compared to other age groups.

“However, there is the risk of infected children transmitting the disease to adults who they interact with daily, and who may be at higher risk of severe disease and death,” the government said in a statement.

It noted that the school authorities, supported by the Lagos State Ministry of Health, Nigeria Centre for Disease Control (NCDC), and the Ministry of Education, were following the COVID-19 guidelines as set out by the government.

The government stated that students who test positive would be isolated in the premises and, if unwell, they would be admitted in one of the accredited isolation centres in Lagos.

It also appealed to the students not to go home to avoid infecting members of their families, stressing that a joint approach has been adopted to manage the outbreak in the school.

Most of the infected persons, according to the government, are predominantly asymptomatic while some have mild symptoms.

“Members of the Emergency Operation Center Lagos, NCDC and our counterparts in the Ministry of Education have been deployed in the school to provide strategic interventions and support. These include psychosocial support, infection prevention control, medical monitoring and risk communication experts to further enlighten affected people.

“COVID-19 is still very much with us and we must strive to prioritise the safety of all, including students and teachers, by adhering strictly to prevention protocols and guidelines issued by the government to prevent its spread,” the government said.

It asked residents to observe and practise the highest standards of personal and environmental hygiene to prevent the spread of the infection.