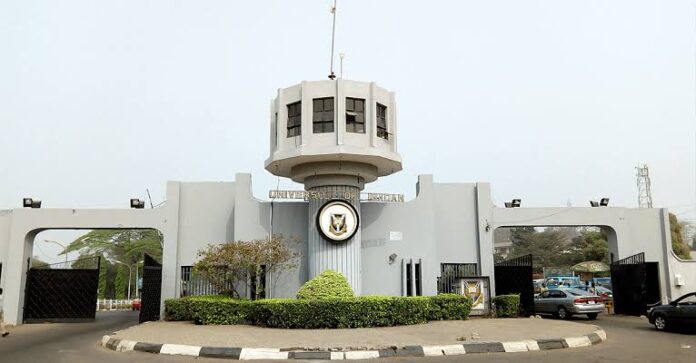 The University of Ibadan has in recent times been in the news for wrong reasons over the selection of a new vice chancellor for the institution.

The crisis rocking the University of Ibadan (UI), Oyo State, over the selection of a new vice-chancellor got messier on Wednesday when four members of the institution’s governing council staged a walk-out during the council’s meeting which was held at the university’s international conference centre on the campus.

They accused the chairperson of the governing council, Joshua Waklek, of conniving with the outgoing vice-chancellor, Idowu Olayinka, of manipulating the selection process and violating the directives of the minister, Adamu Adamu, on the matter.

The National Universities Commission (NUC) had on Monday written the governing council through Mr Waklek, advising the council to immediately reconvene and implement the steps outlined in the minister’s directive, and that the minister should be regularly updated on the development.

The steps the council was directed to take by the minister include a comprehensive review of the process that led to the impasse in the appointment of a new vice-chancellor, fresh conduct of election of the two senate representatives, and that the vice-chancellor should recuse himself from the envisaged senate meeting.

The minister added that all the 18 applicants, who had initially satisfied the requirements outlined in the advertisement for the position, should be re-invited.

The minister also directed that the final selection process be conducted in full compliance with laid down procedures “in an open and transparent manner, and in total compliance with the provisions of the Universities Miscellaneous Act (2007).”

In a petition addressed to the minister through the NUC on Wednesday, the four members of the council listed seven infractions against the chairperson of the council.

The chairperson was accused of hoarding the minister’s letter from other members of the council, and that rather than discuss it with members, he was said to have singlehandedly instructed the vice-chancellor to commence the implementation of the contents.

They also said the letter earlier addressed to the minister by the chairperson was full of inaccuracies, saying members were not allowed to know the contents until they requested copies at the meeting on Wednesday.

The letter reads in part; “The voting conducted by the senate today did not meet the requirements of election norms in the University of Ibadan. For example, there was no call for fresh nominations, there was no opportunity for campaign, and there was no display of voters’ list (knowing fully well that senate composition has changed between the time of the last election and now, all due to the desperate rush to conclude the process. Only previous candidates for the election were contacted in less than 24 hours to the participation election and at least, six out of the nine candidates complained about the short notice and declined to participate. The voting process was guarded by state security operatives after it was disrupted at some point today.”

They further told the minister that the chairperson “rebuffed all appeals made in the space of about five hours to let the council follow due process and the directives of your good self.”

The chairperson of the council has told the media that the matter is being looked into and that a meeting has been fixed for Monday, November 30, to take a definite position on it.

Speaking on the phone with our reporter, Mr Waklek said he would not want to comment further on the matter until after Monday when the governing council would have taken its decision.

The chairperson said on the phone; “The allegations are not true. But you know when people are not happy with something they can say anything. The issue has been such that I wouldn’t want to talk to the press now. If you wouldn’t mind, you would have to call back.

“We are holding a meeting on Monday. So we can still talk after then.”

Meanwhile, fresh facts have indicated that more than half of the members of the university’s senate boycotted the “hurried election” of two of its representatives on the joint council and senate selection committee that held on Wednesday.

Also, six out of the nine candidates that took part in the cancelled election, boycotted Wednesday’s election, leaving only three professors to take part in the process as candidates.

Regarded as Nigeria’s premier ivory tower, the University of Ibadan has in the recent time been in the news for wrong reasons.

The selection process for another vice-chancellor has created prolonged impasse among stakeholders on the campus including management, governing council and staff unions.

The development had degenerated to the extent that the education minister, Mr Adamu, was compelled to order a fresh process after he said he was inundated with complaints against principal officers including the outgoing VC, Mr Olayinka.

The cancellation of the process by the minister, according to some stakeholders who spoke to this newspaper in confidence, has discredited the university’s leadership.

They, therefore, called on relevant authorities to intervene and ensure that due process is followed.

A professor of religious and cultural studies at the University of Port Harcourt, Abdulrasaq Kilani, attributed the alleged “desperation” of partakers in the selection of the vice-chancellor to the poor pay in the university system.

He said because it is the office of the vice-chancellor that is a bit attractive in terms of emoluments and perks of office.

“The VC position is the only attractive office in our university system due to poor salaries. It is very contentious and interested parties,” Kilani told our reporter. Ben

There’ll be no delay in releasing results — NECO Registrar