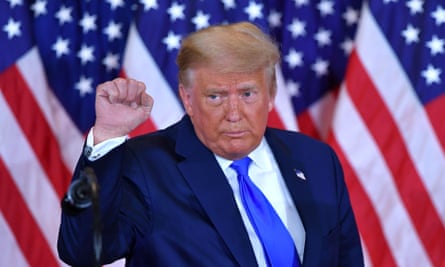 “The United States should uphold its commitment under international treaties related to refugees and asylum-seekers and halt this unjust deportation,” the lawmakers said

Some members of the United States Congress have called on the Donald Trump administration to halt the deportation of some African asylum-seekers scheduled to begin today.

Six Democratic lawmakers, in a joint statement sent to the media Wednesday morning, said the country’s Immigration and Customs Enforcement (ICE) was coercing the African asylum-seekers to sign a voluntary deportation order, an act they described as a gross violation of human rights.

Some of the asylum-seekers are activists who fled their respective countries to escape arrest or extra-judicial killings from government forces.

Raising their suspicion of foul play by the immigration office and fear of imminent death awaiting some of the asylum seekers in their countries, the lawmakers called on the administration to halt the deportation flight scheduled for Wednesday, until the new administration is sworn in and reviews the claims.

“Our offices have been alerted that African asylum-seekers from Cameroon and other African countries, many of whom were allegedly improperly coerced by ICE to sign voluntary deportation orders, will be deported as early as tomorrow morning. Upon their arrival to their designated countries, many will be at imminent risk of death. Their deportation should be put on hold until the new administration is sworn in and able to carefully review these claims.

“Anything otherwise is outrageous and unacceptable. We plan to introduce a measure this week to condemn this deportation should it take place. The United States should uphold its commitment under international treaties related to refugees and asylum-seekers and halt this unjust deportation,” the lawmakers led by Karen Bass, the House Foreign Affairs Subcommittee on Africa, jointly wrote.

Mr Trump introduced harsh policies against immigrants and asylum seekers such as work restrictions and delay of authorisation of work permit to one year after application from the usual 150 days.