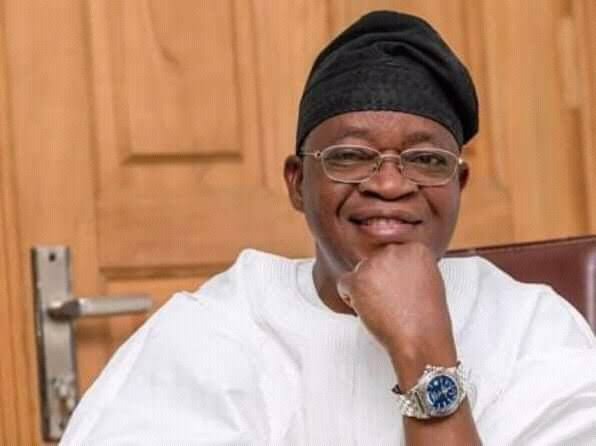 The duo were arraigned on six-count charge bordering on attempted murder, malicious damage, among others.

Two residents of Osun State have been remanded by an Osogbo Magistrates’ Court over an attack on the state governor, Gboyega Oyetola, during the #EndSARS protests against police brutality in October.

Suliyat Tajudeen, 20; and Ayomide Abdulazeez, 20, were arraigned in court on Wednesday, accused of trying to take Mr Oyetola’stealing.

Themedia on October 18 reported that hoodlums attacked Mr Oyetola and some of his cabinet members while addressing #EndSARS protesters in Osogbo, the state capital.

The state Commissioner for Information, Funke Egbemode, said the attack was an attempt to assassinate the governor.

On Wednesday, the police arraigned Ms Tajudeen and Ms Abdulazeez on a six-count charge bordering on murder and others.

John Idoko, the police prosecutor, said the two young women carried out the attempted murder of the governor, and caused malicious damage, burglary, and stealing.

After the two defendants pleaded not guilty to the charges, their lawyer, Nurudeen Kareem, applied for their bail on the most liberal term.

The bail application was, however, countered by the prosecutor who claimed the duo would jump bail considering the overwhelming evidence the police have against them.

In his ruling, the Chief Magistrate, Olusegun Ayilara, ordered that the duo be remanded at the Ilesha Correctional Centre.

He, therefore, adjourned the matter to November 20 for the hearing.