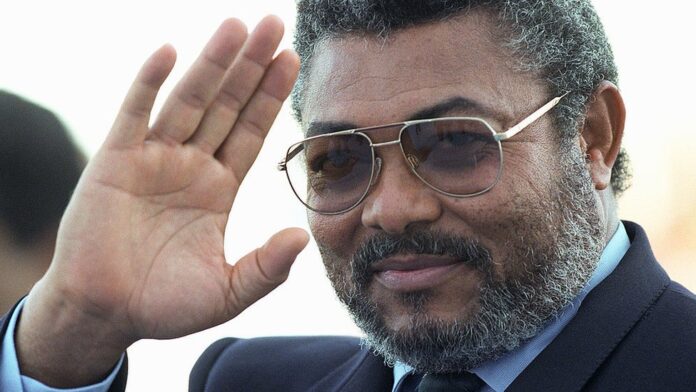 Ghanaian President Nana Akufo-Addo has described the demise of the country’s former President, Jerry Rawlings as a big loss to the nation.

In a statement he signed on Thursday, the Ghanaian President said Rawlings died at the Korle-Bu Teaching Hospital in Accra where he was receiving treatment after a short illness.

While conveying his deep condolences to the family of the late President, Akufo-Addo ordered seven-day national mourning from Friday, 13th November, instructing all flags to be flown at half-mast in the country during the period.

He also canceled his political campaigns within the mourning period, promising that the government of the West African nation will work closely with the family of the deceased to give him a fitting state burial.

Read the full statement from the president below

Rawlings was a former Ghanaian military leader and, later, civilian President between 1981 to 2001.

Rawlings initially rose to power in Ghana as a flight lieutenant in the Ghana Air Force, following a coup détat in 1979.

After initially handing power over to a civilian government, he took control again in December 1981 as Head of State.

In 1992, Rawlings resigned from the military and became the first President of Ghana’s Fourth Republic.