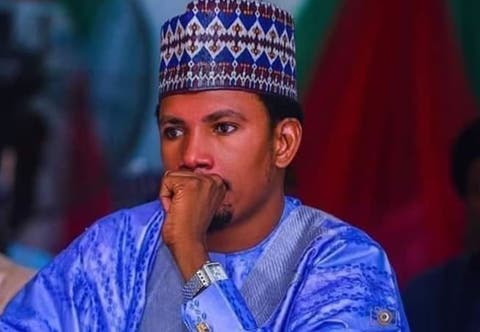 A High Court of the Federal Capital Territory sitting in Maitama, Abuja has awarded N50 million damages against the Senator representing Adamawa North, Senator Elisha Abbo, to be paid as compensation to Osimibibra Warmate, a female attendant at a sex-toy shop, whom he assaulted.

Justice Samira Bature gave the order in her judgment on the fundamental rights enforcement suit instituted by Warmate against the senator.

Premium Times had on July 3, 2019, reported how the lawmaker was caught on camera physically assaulting a woman in Abuja, two months after he allegedly committed the act.

In the video, Abbo was seen descending on the woman after she pleaded with him not to physically assault the shop owner whom the Senator had accused of insulting him. He said the shop owner called him a drunk.

Following the video which went viral, many Nigerians condemned the act, calling for the lawmaker’s arrest.

This however forced the Inspector General of Police, Adamu Mohammed, to order a comprehensive investigation into the circumstances surrounding the purported assault of the victim by Senator Abbo.

On July 3, 2019, the IGP directed the FCT Commissioner of Police, CP Bala Ciroma to provide personal and round-the-clock supervision of every facet of the investigation including the forensic analysis of the video currently in circulation as well as the actions and inactions of the policeman seen in the video footage.

Also, the leadership of the Senate and the Peoples Democratic Party (PDP), the platform under which the lawmaker was elected, both condemned the act and summoned the Senator.

After much criticism trailing his action, Senator Abbo publicly tendered an apology for his alleged assault.

The lawmaker, who spoke during a press conference on July 3 at the PDP headquarters in Abuja, begged for forgiveness.

He was close to tears at the briefing, saying it is not in his character to assault women.

The police had on July 8 filed charges before a Magistrate Court in Zuba, Abuja with one count of assaulting Warmate.

Abbo however pleaded not guilty to the charge levelled against him.

The presiding Magistrate, Abdullahi Ilelah, had dismissed the case after upholding the no-case submission filed by Senator Abbo.

The complainant, Warmate, through her legal team went on to sue Senator Abbo in a fundamental rights enforcement suit filed before the FCT High Court.

Indonesia Formally Apologises To Nigeria Over Manhandling Of Diplomat