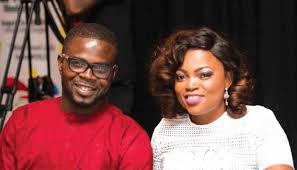 The Lagos State Governor, Babajide Sanwo-Olu, has granted state pardon to Nollywood actress, Funke Akindele-Bello, and her husband, Abdulrasheed, and approved the release of 56 inmates from various correctional centers in the state.

Mrs. Akindele-Bello and her husband were both non-custodial convicts for offenses related to the disobedience of the COVID-19 lockdown regulations.

This was made known in a statement signed by the State Attorney-General (A-G) and Commissioner for Justice, Moyosore Onigbanjo (SAN), and made available to the News Agency of Nigeria (NAN) on Friday.

The A-G stated that Mr Sanwo-Olu acted based on the recommendations of the State Advisory Council on Prerogative of Mercy, under the powers conferred on the Governor by Section 212 (1) & (2) of the Constitution of the Federal Republic of Nigeria as amended.

The 56 released inmates were also recommended by the Advisory Council for a pardon after due examination of their case files and consideration of the length of time served, the gravity of the offense, old age, and ill-health among other parameters.

The A-G also enjoined the beneficiaries of the prerogative of mercy to be good citizens and stay away from crime.

The eight-member Advisory Council on Prerogative of Mercy, headed by a medical doctor, Dr Abayomi Finnih, was inaugurated by Mr Sanwo-Olu on December 16, 2019