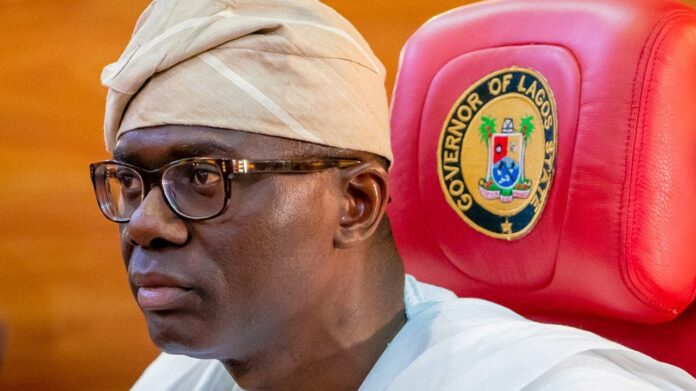 Governor Babajide Sanwo-Olu of Lagos State has given all tertiary education institutions in the state till September 30, to enroll on the platform of a private firm – Payment Technology Limited (Paytech) – for the collection of their internally generated revenues.

But unlike the current practices across the institutions which enable them (firms) to receive remittances at little or no cost, the new firm is proposing 10 per cent charges on all transactions done at the schools.

The governor gave the directive to the heads of the various institutions through letters recently addressed to them.

In one of the letters, a copy of which PREMIUM TIMES obtained, and which was dated September 8, the head of the concerned institution was mandated to forward the agreement signed with the company to the government on or before September 11.

The letter, which was signed by the Special Adviser on Education (SAE) to Mr Sanwo-Olu, Tokunbo Wahab, reads in part; “As you may recall, Payment Technology Limited (PAYTECH) has been appointed as the consultant on revenue collection automation within the Lagos tertiary institutions and shall deploy a management information system (MIS) that that will facilitate the automation and independent e-monitoring of revenue collection that will promote accountability, transparency, and integrity, thus boost internally generated revenue (IGR).”

Another letter, which is dated September 21, and also signed by Mr Wahab, is titled; “Re: Lagos State Tertiary Institution Revenue Collection,” was copied to all heads of the various institutions and the commissioner for economic planning and budget, and establishment, training and pensions.

The new letter said: “full automation of your internally generated revenue with PAYTECH should commence latest by the same date, 30th September, 2020.”

The letter added that failure to comply with the directive “shall attract stiff sanctions”.

According to the proposal, the new platform being introduced by the company will ensure that relevant authorities, including the governor, offices of the state’s accountant general and auditor-general and the heads of various institutions, “monitor, real-time, how monies are being paid into the various institutions’ accounts”.

However, according to the various ‘stakeholders’ spoken with by our reporter, instead of the flat rates of between N300 and N400 currently paid as bank or “remitta” charges on all transactions regardless of amounts involved, the new charges will now be five percent of the amount transacted.

A senior official at one of the concerned ministries, who does not want to be named, said: “Students of LASPOTECH who used to pay about N300 as bank charges on N21,000 school fee they currently pay, will now be charged more than N1,000 as charges for using the new platform.”

“In LASU, the stream two students who are meant to pay N150,000 as school fees will now be charged N7,500 as transaction charges payable to PAYTECH instead of N415 currently charged by Systemspecs being used by the university,” the source added.

Another official at one of the tertiary institutions, who asked not to be named for fear of sanctions, described the new system as a scam.ADVERTISEMENT

“For instance, a customer who patronises some of these institutions by buying products such as drinks, and other services like consultancies, that need to pay as much as N5 million, will now have to cough out as much as N250,000 as charges. And you think such a customer would remain?”

Meanwhile, sensing possible opposition from the students, among others, the government has suggested that the charges should be paid by the institutions “at the back-end without the payers knowing what is being charged.” This essentially means that the charges will be embedded in the new prices for services being sought with those making the payment thinking the whole value will go to the service provider.

Meanwhile, the Managing Director of PAYTECH, Folake Bank-Anthony, said since the new innovation aims at addressing issues of accountability, probity and transparency, “the charges will be worth it.”

During an interview with PREMIUM TIMES, the MD, who was accompanied by the company’s Chief Operating Officer, Adetunji Osho, explained that the initiative will ensure “an astronomical increase in the institutions’ revenues”.

Mrs Bank-Anthony said what her company was bringing to the table is a special innovation that requires special technology, and so “there should be payment for the service.”

She said: “You cannot compare an apple with an orange. What we are introducing is a technology that would make financial transactions an open one with no hiding place for anyone. The governor and other concerned authorities will surely have access to the accounts but cannot withdraw a penny except the institutions.

Some of the heads of the affected institutions who spoke with PREMIUM TIMES said they are currently renegotiating the charges.

The provost of AOCOED, Idowu Okuneye, said her college is still negotiating, hoping the outcome would be mutually beneficial.

She said: “Negotiation is still ongoing. That is it. There could be a proposal but the proposal has to come before the management and the governing council before it becomes a law.

“If you have seen the proposal, yes it is true that those are the conditions, but it is ongoing. Nothing is yet concluded.”

Also speaking, the provost of MOCPED, Nasiru Onibon, said: “it is true that the government has ordered the institutions to discontinue the use of whatever payment platforms they were using before now”. He said concerned authorities “will also try to seek understanding with the government.”

“We will also advise the government as appropriate. Yes, we will discard the ones that we are using now but we will look at the clauses that bind us with the new arrangement,” Mr Onibon said.

Asked if his institution has conducted any background checks on the newly introduced payment company, Mr Onibon said “the government must have done that before introducing it”.

Also, the vice-chancellor of LASU, Olanrewaju Fagbohun, whose tenure ends in January, refused to comment on the development. He said, “the best decision would be taken at the end of the day.”

The chairman of the university’s governing council, Adebayo Ninalowo, also declined comment as he simply said, “I am busy please.”

The rector of LASPOTECH, Olumide Metilelu, also did not respond to enquiries on the matter.

His promise to reply to our reporter’s message on the subject never came as of the time of filing this report, many days after the pledge was made

Meanwhile, the special adviser, Mr Wahab, has said there is no going back on the policy, saying “you put your mouth where your money is.”

Mr Wahab, during an interview with our reporter in his office, said: “the institutions are reluctant to open their books, yet are demanding an increase in their subventions”.

He said; “Is there anything wrong in trying to know the true financial statuses of our institutions? Remember the governor has agreed to implement the consequential adjustment of the new minimum wage across the tertiary institutions, and so it is important for us to know how much is generated across the institutions.”

When confronted with the issue of arbitrary charges, Mr Wahab said there is now liberty for the various institutions “to negotiate based on their individual negotiating strength”.

“Each of them should go and negotiate, and I have said whatever is agreed with one institution will not be disclosed to another by me. But they must be enrolled on the platform because we need to know what is being generated by these schools. We cannot be blackmailed to drop the policy,” Mr Wahab added.

Also, when told about the consequences on the payers and particularly the students, Mr Wahab claimed: “there would be no additional financial burden placed on the students.”

They advised the management against frittering away the scarce resources available to the institutions.

Speaking on the phone with PREMIUM TIMES, the vice-chairman of ASUP on the campus, Olugbenga Abdulsalaam, said the university’s governing council has promised to address the issue.

Mr Abdulsalaam said the governing council made the pledge at a meeting held with the workers’ unions on Monday.

“We were told it is still a proposal and that the management has told the government that only the governing council can speak on the matter,” he said.

The chairman of the Lagos State House of Assembly Committee on Education, Oluyinka Ogundimu, has scheduled a meeting of concerned stakeholders for Tuesday. He said the “interest of the public will be jealously guarded.”

Mr Ogundimu told PREMIUM TIMES his committee had earlier met with “some stakeholders” but that “Tuesday’s meeting will be all-encompassing”.

“We have called for a meeting over the meeting and everyone including the ministry, the schools, and the firm will be represented. So there is nothing to say for now,” he said.