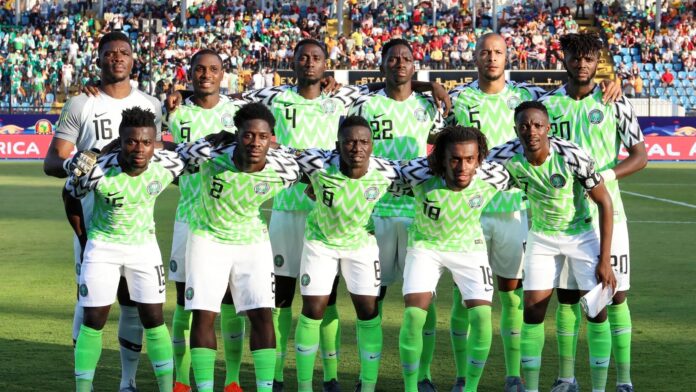 Though players of the Nigerian national team are several miles away from home in Austria where they are to play two friendly games, they have still identified with the widespread call to end police brutality in the country.

Protests have been going on simultaneously across the country as many have expressed their reservation particularly against the activities of the Special Anti-Robbery Squad (SARS), a unit in the Nigeria Police Force.

SARS officials have been accused of harassment of citizens, intimidation and extra-judicial killings in the discharge of their duties across Nigeria.

In different messages on Twitter, on Friday, Ahmed Musa, Leon Balogun, John Ogu, and many others all spoke against the police brutality on citizens, especially by the SARS.

Ahmed Musa wrote: “In a world where genuine love for ourselves seems to be so scarce, I sincerely pray that the right thing is done to put an end to the strife. #EndNorthBanditry #EndPoliceBrutality.

For Leon Balogun, he expressed displeasure that police who are meant to protect citizens are now being accused of brutalizing them.

He wrote: “The reasons for the #EndSARSProtests have just come to my attention via very disturbing images & tweets. It is never good when those charged with protecting the citizens are now terrorising, extorting or even killing the same citizens. I support #EndSarsProtests #EndSars Flag of NigeriaBroken heart.”

There have been pockets of cases where some professional footballer players in the country have shared their unpleasant experiences in the hands of SARS.

One of such was former Enyimba player Stephen Chukwude who according to reports was accosted by SARS officers on his way to Enugu and accused of being a “Yahoo Boy” on account of owning an iPhone and driving a Mercedes Benz.

Earlier this year also, Remo Stars defender, Tiyamiyu Kazeem, was allegedly shot dead by a SARS officer after an encounter in Ogun State.

Just like the Bring Back Our Girls campaign, the #EndSARS is also gathering international momentum.

France youth international and Chelsea player, Malang Sarr, who is on a season-long loan at Porto has pledged his solidarity with Nigerians and called for an end to the police brutality

“I feel so touched by what is going on in Nigeria now. You have my full support! We all need to come together & make sure this ends now. Peace first before anything,” Sarr wrote.

“He Will Bring Some Value”, Says Eguavoen, Who Wants Victor Moses Back To Super Eagles.