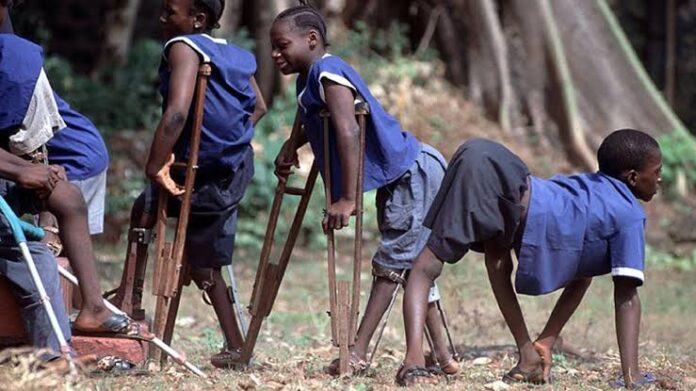 Billionaire philanthropists Bill Gates and Aliko Dangote have hailed the declaration of Nigeria by the World Health Organisation (WHO) as being polio-free.

The News Agency of Nigeria (NAN) reports that the global health body on Tuesday certified Nigeria and the rest of Africa polio-free.

The WHO Africa Regional Certification Commission (ARCC) said the major milestone was achieved four years after the last recorded cases of wild polio in the country.

In a tweet, Mr Gates said that the remarkable achievement was a step closer to global polio eradication.

“Today, we move one step closer toward a world without polio. This is an incredible milestone that’s worth celebrating. It is also an important reminder of what can be accomplished when we work together toward a common goal,” he wrote on his Twitter handle @BillGates.

In his remarks, Africa’s richest man, Mr Dangote, said that the polio-free Africa was an indication that the fight to end polio globally was possible.

“Today we celebrate a polio-free Africa, the result of decades of vaccination, hard work, collaboration. Tomorrow we get back to work, to ensure wild polio does not come back. Together, we all can #EndPolio globally,” he tweeted.

The United Nations Secretary-General, António Guterres, tweeted via his official Twitter account @antonioguterres, that the declaration filled him with optimism that a lot could be achieved through global efforts.

“Africa has been declared free of polio today.

“This historic milestone fills me with hope and optimism.

“We can achieve so much when we work together as a global community.”

“A great day for #Nigeria and #Africa. Nigeria receives polio-free Certificate from
@WHO.

A virologist at the College of Medicine, University of Ibadan, Olubusuyi Adewumi, who lauded the historic achievement, said Africa had indeed successfully eradicated the wild polio virus.

Mr Adewumi said that while the wild polio virus was responsible for most infections, there was also the rare form called vaccine-derived polio virus.

“Today marks the end of any circulation of wild type poliovirus in Nigeria and all of Africa.

“Also, we have the vaccine and wild type of each subtype of poliovirus,” he said.

“The vaccine type is referred to as Sabin strain because it is derived from oral polio vaccine (OPV).

“The wild type poliovirus is responsible for most infections.

“Paralysis resultant vaccine strain of poliovirus occurs but is very rare, thus we can as well say Nigeria and indeed Africa is free of polio with the eradication of wild poliovirus,” he said.

NAN reports that WHO had in September 2015 removed Nigeria from the Polio-Endemic countries list following its successful interruption of transmission of wild poliovirus for a year.

With the WHO declaration of a successful eradication of polio in Nigeria, the devastating disease remains endemic in only two countries, Afghanistan and Pakistan, globally.

Polio is a contagious viral illness that in its most severe form causes nerve injury leading to irreversible paralysis and sometimes death.