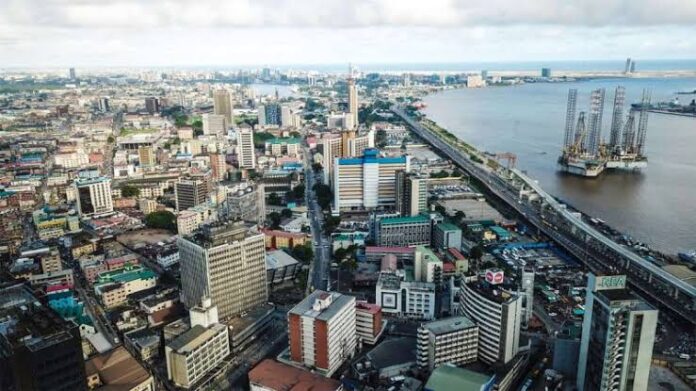 The same happened in 2016, making it the second recession in a space of four years.

This is according to a new report released by the Nigeria Bureau of Statistics on Saturday.

Official figures published by the NBS show that the economy shrank again in the third quarter of this year.

The nation’s economy maintained a second consecutive negative growth after contracting by 3.62 per cent in the third quarter.

The cumulative Gross Domestic Product (GDP) for the first nine months of 2020, therefore, stood at -2.48 per cent just as it recorded a -6.10 per cent in the second quarter.

“Nigeria’s gross domestic product (GDP) recorded a growth rate of –3.62% (year-on-year) in real terms in the third quarter of 2020,” the report partly read.

“Cumulatively, the economy has contracted by -2.48%While this represents an improvement of 2.48% points over the –6.10% growth rate recorded in the preceding quarter (Q2 2020), it also indicates that two consecutive quarters of negative growth have been recorded in 2020.

For the first time in more than three years, the Nigerian economy shrank in the second quarter of 2020 as the GDP fell by 6.10 per cent, compared with a growth of 1.87 per cent in Q1.

In August, the NBS said that the economic decline in Q2 was largely attributable to significantly lower levels of both domestic and international economic activity resulting from nationwide shutdown efforts aimed at containing the COVID-19 pandemic.

It said the contraction in Q2 brought to an end the three-year trend of low but positive real growth rates recorded since the 2016/17 recession.

Meanwhile, the Chief Executive Officer of Financial Derivatives Company, Mr Bismarck Rewane, says the 3.62 per cent contraction is lower than what was anticipated, but expects the fourth quarter data to be worse owing to the impact of the #EndSARS protest on the country’s economy.

He says the Federal Government needs to come up with policies to deal with the stagflation owing to rising inflation numbers.

In May, Finance Minister, Zainab Ahmed, had predicted that the coronavirus pandemic and falling oil prices were set to force the economy into negative growth.

“COVID-19 has resulted in the collapse in oil prices,” she said. “This will impact negatively, and the impact has already started showing on the federation’s revenues and on the foreign exchange earnings.

“Net oil and gas revenue and influx to the federation account in the first quarter of 2020 amounted to N940.91billion. This represented a shortfall of N125. 52billion or 31% of the prorated amount that is supposed to have been realized by the end of that first quarter.”

She added that the economic contraction will multiply the misery of the poor.

“The crisis will only multiply this misery,” she said. “The economic growth in Nigeria, that is the GDP, could in the worst case scenario, contract by as much as –8.94% in 2020. But in the best case, which is the case we are working on, it could be a contraction of –4.4%, if there is no fiscal stimulus. But with the fiscal stimulus plan that we are working on, this contraction can be mitigated and we might end up with a negative –0.59%.”