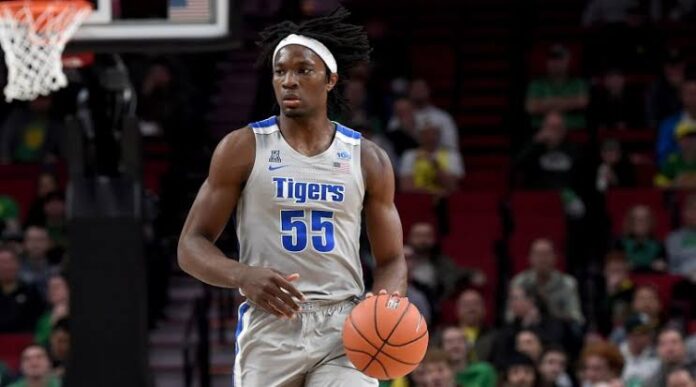 According to a report on the NBA’s official website, “Precious Achiuwa was selected 20th overall by the Miami Heat…”

The first round picks in the 2020 NBA Draft took place on Wednesday, virtually from ESPN studios in Bristol, Connecticut, and eight Nigerians got lucky in the first and second picks.

“Achiuwa and Azubuike are among the eight draftees from or with at least one parent from Nigeria, including Isaac Okoro (5th overall by the Cleveland Cavaliers), Onyeka Okongwu (6th overall by the Atlanta Hawks), Zeke Nnaji (22nd overall by the Denver Nuggets).”

Achiuwa started playing the game under the guidance of his elder brother, Godsgift and had said in an NBA draft interview that his pride is being able to continue the Nigerian tradition in the NBA.

“Just being able to be in a position like this, these players that have been before me, and they’ve done it at a really high level, and just me being in this type of situation where I may be able to keep the same tradition going.

“But not just me, a bunch of us in the draft class like you said, and I think we have an opportunity to keep that legacy going, especially that Nigerian representation in the NBA. And also, having my brother that came before me. Just being a guide to me every step of the way so far,” he said.

Nigerians in the NBA: Achiuwa named among best rookies