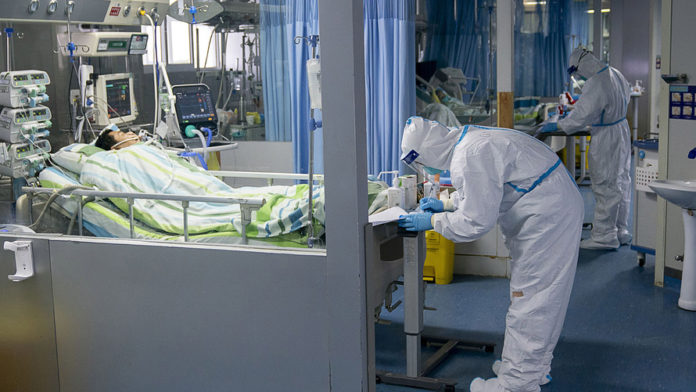 A MAN, who reportedly lives in Nigeria, has tested positive for coronavirus in Washington DC, United States.

U.S. News & World Report quoted Mayor of District of Columbia Muriel Bowser, as saying the man tested positive for the virus on Saturday.

This is coming as about 19 people have died out of about 450 reported cases of coronavirus in the U.S.

More than half of the 50 U.S. states have reported cases. As the outbreak spreads, daily life has been increasingly disrupted, with concerts and conferences cancelled and universities telling students to stay home and take classes online.

On Saturday, U.S. President Donald Trump said he would continue to hold his political rallies, which sometimes draw up to 20,000 people. The Democrats competing to challenge him in the Nov. 3 presidential election, U.S. Senator Bernie Sanders and former Vice President Joe Biden have not cancelled any campaign events so far.

The Nigerian’s case is said to be the first presumptively confirmed case in the U.S. capital after the country confirmed its first case of person-to-person transmission of the virus on January 30.

The U.S. authorities said the man, who is in his 50s, lives in Nigeria but has been staying with family members in Washington DC.

It is not clear if he is a Nigerian and there are no suggestions that he contracted the virus in Nigeria as he is said to have been staying in Washington DC recently.

“With his test yielding presumptive positive, D.C. Health has started its investigation in keeping with CDC guidelines,” Bowser said.

“At this point, he seems to have no history of international travel and no close contacts with a confirmed case. He remains hospitalised.”