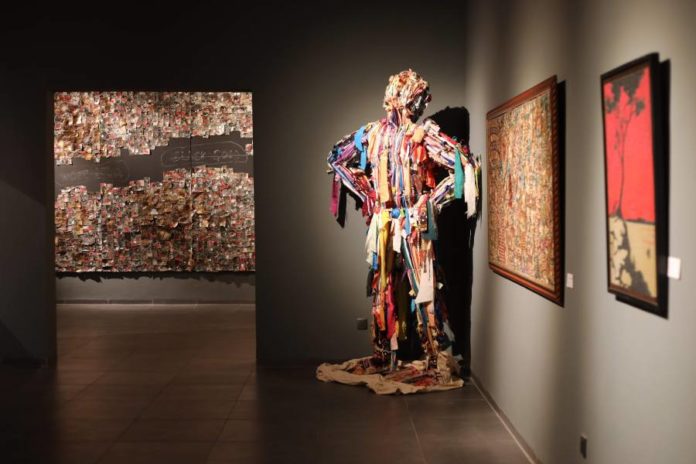 For centuries, a vast range of African art has been domiciled outside the continent. As a consequence, African art and history has been mostly debated in conferences and museums in art centers like London and Paris.

Prince Shyllon through his foundation; the Omooba Yemisi Adedoyin Shyllon Art Foundation granted the university $1.7m towards the cost of building the university museum and maintaining it for 15 years. Since his second year as a student at the University of Ibadan, the now 68 year-old Prince Shyllon has collected and bought over 7,000 pieces of art—the bulk of which he has donated to the new museum.

“I want to leave with a legacy. I want to have contributed towards Nigerians and Africans knowing what they are. I hope this museum can serve as a catalyst for art in Nigeria and in the continent,” says Shyllon in an interview.

The majority of his private collection at the university museum are from Nigeria very often sourced during his travels around the country. At the museum, the works of Ben Enwonwu, Nike Davies-Okundaye, Victor Ehikhamenor, Jerry Buhari are in full display. But several other African artists and nations are also represented in the museum with works ranging from traditional works of pre-colonial Nigeria to modern day paintings and photographs.

“There is vibrant art in Lagos and Nigeria, but the important question is about what people can learn from the art. We don’t quite know what and where we are, but art can show us these things. We need a reeducation and museums are the place for a certain type of education, but they are very few here,” says Shyllon.

Years before the inception of the Pan-Atlantic University, the university board had the idea for a museum as a part of the education provided by the university. Before the museum was opened, the university had an art collection. In 2011, the university launched a virtual museum of modern and contemporary Nigerian art. Today, the museum is home to over 1200 artworks with around 1000 donated by the Prince’s foundation.

The museum is run by a team of six staff employed by the university and headed by Spanish architect Jesse Castellote. Castellote also designed the 1,200-square-meter museum and a few other buildings in the university. For the university, the museum is an independent non-commercial institution and educational resource for an educational purpose, effectively the first of its kind in the country. “We are looking to teach our visitors Nigerian history through art,” says Castellote. “We are providing a vehicle to spark curiosity, questions, inspiration, discovery and it is up to visitors to decide what they want to learn and discover.”

The museum also has several artworks donated and on loan from several other private individuals, artists, collections and trusts. But, the museum is unable to collect a lot of the artworks that they are offered. “We don’t have the space or the capacity for a lot of the works we have. We have several works still in storage, and it is very important to us that the artworks we collect are able to serve an educational purpose.” Castellote explains.

As the museum exists as an educational resource, it is expected to boost Nigeria’s growing art scene and follows the relatively new Museum of Black Civilizations in Senegal. The university hopes that the museum is able to exist as a blueprint for other museums in the country.

But Prince Shyllon hopes that the museum can be seen as a potential home for any African works that are returned from Europe.