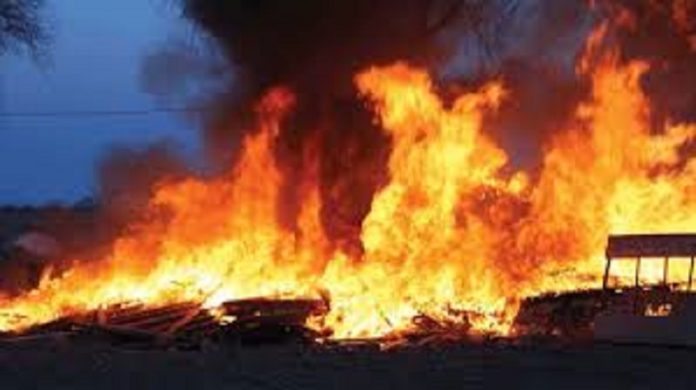 A pipeline explosion on Sunday killed at least 15 people and destroyed about 50 buildings after a fire broke out in Abule Ado area of Lagos earlier today Sunday 15 March 2020.

Several people were injured and a lot of cars and buildings destroyed according to eye-witnesses. In a video circulating online, plumes of smoke could be seen billowing into the air as some people attempted rescue efforts.

The exact cause of the explosion has not been determined but videos and pictures show many collapsed buildings and a few blown-off roof-tops as well as damaged vehicles.

Pipeline fires in Nigeria, are a common occurrence and occur at least once a year. This year alone, we have had at least two incidents, counting the current one. These fires are suspected to be mostly caused by theft and sabotage. The methods used to steal oil often result in accidents that cause fires.

“The fire started with smoke,” one eyewitness said. The smoke was coming up and later we heard a sound … and some houses collapsed even the roofs.”