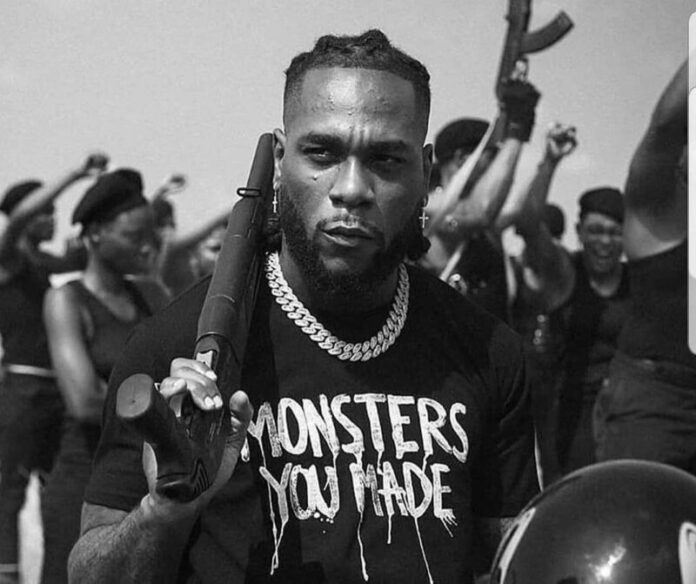 Barely one month after the release of his critically acclaimed ‘Real Life’ video featuring Stormzy, international multiple award-winning superstar and Afro-fusion pioneer, Burna Boy, has released a new song born from a place of profound devastation: “20:10:20”.

Released on Friday October 30, ’20:10:20′ talks about the recent uprising in Nigeria where, in a space of 12 days, hundreds of youth peacefully protested against police brutality by a special unit of the police force – Special Anti-Robbery Squad (SARS).

On October 20, these events culminated in the infamous “Lekki massacre” where the military shot into the crowd of defenceless protesters sitting on the ground, singing the Nigerian national anthem.

Produced by The Elements, ’20:10:20′ opens in a conversational style with a simple melody that is constant throughout the song.

Unequivocally vocal, Burna Boy addresses the social and political injustices in lyrics that will resonate with many Nigerians: “Water runaway my eye! Nothing wey you go talk wey go justify the case of their murder.” It is a clarion call to the appropriate authorities to investigate and bring to book those responsible for this incident.

Profound and deeply moving, this song is in a stand-alone category as Burna Boy talks about corruption, godfatherism, and youth unemployment. ’20:10:20′ is given life in the outro with harrowing audio recorded live from the scene of the attacks.

Burna Boy has always infused conscious lyrics in his music, from Freedom in 2010 to the smash hit “Monsters you Made” featuring Chris Martin from his recently released chart-topping Twice as Tall album.

He recorded ’20:10:20′ as an outlet for the pain and frustration he felt after the incident.

According to him, “the proceeds of this song will be used to support families of victims and people suffering affliction as a result of the Lekki shootings. May the heavens open and celebrate all our fallen heroes who have died for this movement from the very beginning. Rest In peace to all the beautiful lives lost”.