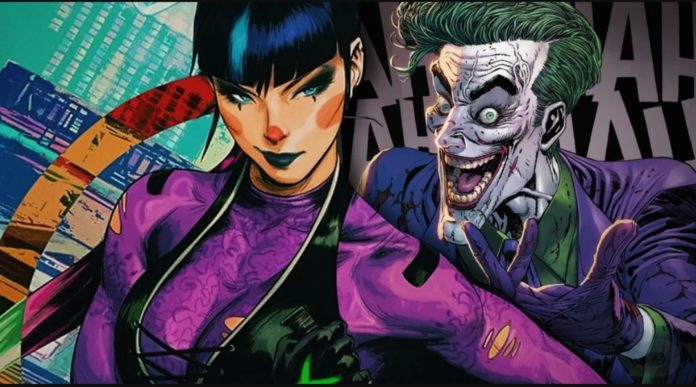 For those clamoring for more Punchline in the pages of Batman, you’re about to get your wish. Batman writer James Tynion IV teased the new character’s upcoming role in the ‘Joker War,’ and it appears Punchline is going to be much more than just a flash in the pan – she’s going to make a huge impact on the Joker, Batman, and Gotham City as a whole.

Punchline, created by Tynion IV and Jorge Jimenez, recently debuted in comics as the Joker’s new girlfriend who’s a killer assassin that was “the polar opposite of Harley Quinn.” Her first appearances in Batman #89 and Year of the Villain: Hell Arisen#3 sold out immediately, making Punchline’s an immediate star in comics, setting the stage for DC’s next popular new character. Still, with all the hype surrounding Punchline, there weren’t too many details revealed about her. We know she will play a big part in the ‘Joker War,’ and will face-off against Harley Quinn. However, we now know Punchline will be more than a bit player in upcoming Batman stories.

Tynion IV spoke about Punchline’s upcoming story arcs in his newsletter. He revealed that she’s set to change “the dynamic of a massive Joker attack on Gotham City and Batman.” Tynion IV also teased Punchline’s origin being revealed in the upcoming Joker 80th Anniversary special, while teasing new art from Mikel Janín.

It’s how she changes the dynamic of a massive Joker attack on Gotham City and Batman. It’s her first encounter with Harley. Her first encounter with Batman. Her first time on the page interacting directly with The Joker. All of that is why I was excited to create the character in the first place… And I am VERY VERY excited for you all to read her origin story in the Joker 80th Anniversary special. Mikel Janín knocked it out of the park. (Don’t tell anybody I showed you this…)

It’s exciting to see Tynion IV so passionate about his creation. Jimenez’s superb design of Punchline makes her immediately interesting – as does as her connection to the Joker, Batman’s biggest foe. There are so many great places she can be taken as a villain and a foil to the Joker. Fleshing her out further as a character by making her a real threat in Batman’s life and within Gotham is going to be a lot of fun to see play out. Punchline is a great addition to the world of Batman – hopefully, her origin and role in Joker’s upcoming plan lives up to the hype.