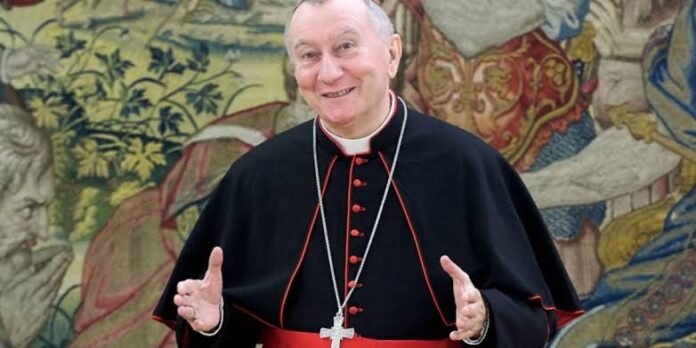 The Roman Catholic church’s Annual Assumption celebrations took place in Lourdes on Saturday with fewer pilgrims than usual making the trip to the south-west of France because of the global health crisis.

For the first time, Cardinal Pietro Parolin, Vatican Secretary of State and right-hand man of Pope Francis presided over the mass at the grotto, delivering a message of “hope” for a “world that knows darkness, fear”, referring in particular to the coronavirus pandemic.

Nearly 5,000 pilgrims took their place in the Basilica of Saint Pius X, a gigantic underground church, as large as two football fields, which can hold five times as many.

“It’s weird. There aren’t many people this year,” said Michel Clavel, a retired 66-year-old truck driver, who comes every year for the Assumption pilgrimage.

“In general, August 15 is the big crowd. Because of the coronavirus, there are no organised trips for sick people who come in train, plane or coach” from all over the world.

Wearing a mask was compulsory and scrupulously respected.

A few dozen patients, some in wheelchairs, were in the front row but because of the sanitary precautions, the large numbers of sick and infirm who normally travel to Lourdes in search of a miraculous cure were absent.

The cave where, according to Catholic tradition, the Virgin Mary appeared to Bernadette Soubirous in 1858, is closed to the public, to avoid contamination, because pilgrims are used to putting their hands on the walls, kissing the stone.

After a two-month closure during confinement, the sanctuaries of Lourdes have been gradually opening up but the large contingents of foreign pilgrims are missing and many hotels and souvenir shops remain closed.