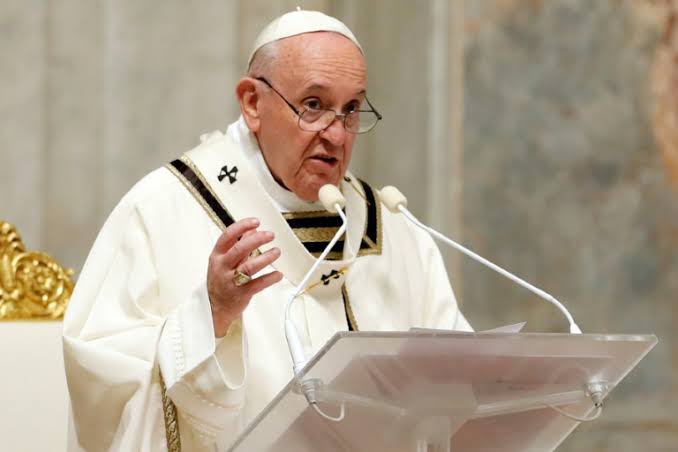 ”Let us pray to the Lord for Nigeria, so that every form of violence might always be avoided, in the constant search of social harmony through the promotion of justice and the common good,” Pope Francis says.

Catholic Pontiff, Pope Francis, has called for prayers for Nigeria over the violence and looting that have rocked the country.

Hoodlums in different parts of Nigeria have been attacking and looting public and private properties as a fallout of the #EndSARS protests.

On Saturday, in Calabar, Cross Rivers State, South-South Nigeria, serving and past senators had their home vandalised and looted by hoodlums.

A similar situation occurred in Oyo State, South-West Nigeria, where hoodlums invaded the home of a senator from the state on Saturday.

“Let us pray to the Lord for Nigeria, so that every form of violence might always be avoided, in the constant search of social harmony through the promotion of justice and the common good,” the Pope tweeted on Sunday via his official Twitter handle @Pontifex.

Other global figures and organisations, including the International Criminal Court (ICC), have spoken about the violence, particularly the recent shooting at #EndSARS protesters at the Lekki toll gate, Lagos, by soldiers.

“My office has been closely following the events around the current protests in Nigeria and the reaction of Nigeria’s law enforcement and security agencies,” the ICC prosecutor, Fatou Bensouda, said in a statement posted on Twitter on Thursday by the ICC (@IntlCrimCourt).

“Any loss of life or injury is concerning. We have received information alleging crimes and are keeping a close eye on developments, in case violence escalates and any indications arise on that Rome Statute crimes may have been committed,” she added, while calling for restraint.

President Muhammadu Buhari spoke to the nation on Thursday about the violence but failed to address key issues, including the Lekki toll gate shooting.

Mr Buhari said his government was working to meet the demands of the protesters and appealed for an end to the violence.

Violence has continued in some states in the country, despite the curfew imposed by the various state governments.

Meanwhile, Pope Francis has announced the appointment of 13 new cardinals on Sunday, including archbishops from the U.S., Rwanda and the Philippines.

The appointments will be formalised in a consistory, a meeting of cardinals, on Nov. 28, the pontiff said during his Sunday Angelus message.

Nine of the appointees are under 80, and as long as they do not reach that age, they can take part in the next conclave, the council of cardinals that elects new popes.

The list also includes several Italians, including the head of the Vatican’s sainthood department, Marcello Semeraro, and the head of the Franciscan convent of Assisi, Fra Mauro Gambetti.