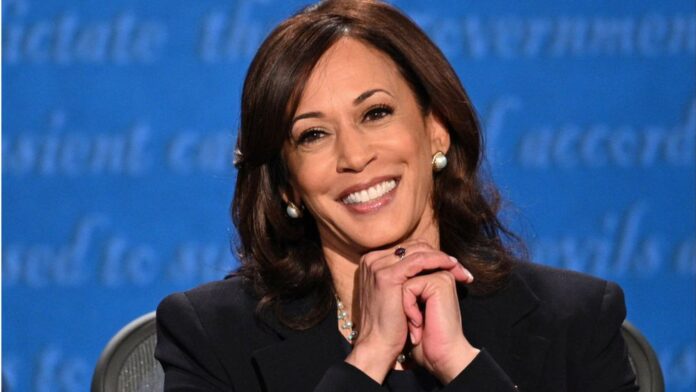 Kamala Harris crashed through one of the world’s highest glass ceilings on Saturday to be elected America’s first woman vice president, making history and helping bring to an end Donald Trump’s turbulent rule.

Harris came into Tuesday’s election already a repeat trailblazer as California’s first Black attorney general and the first woman of South Asian heritage elected to the US Senate.

By winning the vice presidency, she will be a heartbeat away from leading the United States and poised on a stepping stone to the ultimate prize.

With the 77-year-Biden expected to serve only a single term, Harris would be favored to win the Democratic presidential nomination four years from now.

That could give her a shot at more history-making — as the first female president of the United States.

“This election is about so much more than Joe Biden or me,” she wrote on Twitter after US news media called the election in their favor based on state results.

“It’s about the soul of America and our willingness to fight for it. We have a lot of work ahead of us. Let’s get started.”

Since being tapped as Biden’s running mate in August, she has slammed Trump on his chaotic handling of the Covid-19 pandemic, but also racism, the economy and the president’s crackdown on immigration.

Harris, 56, was born to immigrants to the United States — her father from Jamaica, her mother from India — and their lives and her own have in some ways embodied the American dream.

‘I’m speaking’
She was born on October 20, 1964 in Oakland, California, then a hub for civil rights and anti-war activism.

Her diploma from historically Black Howard University in Washington was the start of a steady rise that took her from prosecutor, to two elected terms as San Francisco’s district attorney and then California’s attorney general in 2010.

However, Harris’s self-description as a “progressive prosecutor” has been seized upon by critics who say she fought to uphold wrongful convictions and opposed certain reforms in California, like a bill requiring that the attorney general probe shootings involving police.

“Time after time, when progressives urged her to embrace criminal justice reforms as a district attorney and then the state’s attorney general, Ms. Harris opposed them or stayed silent,” law professor Lara Bazelon wrote in The New York Times last year.

Yet Harris’s work was key to forging a platform and profile from which she launched a successful Senate campaign in 2016, becoming just the second Black female senator ever.

Her stint as attorney general also helped her forge a connection with Biden’s son Beau, who held the same position in the state of Delaware, and died of cancer at the age of 46 in 2015.

“I know how much Beau respected Kamala and her work, and that mattered a lot to me, to be honest with you, as I made this decision,” Biden said during his first appearance with Harris as running mates.

A veteran campaigner, Harris oozes charisma but can quickly pivot from her megawatt smile to her prosecutorial persona of relentless interrogation and cutting retorts.

Clips went viral of her sharp questioning in 2017 of then-attorney general Jeff Sessions during a Capitol Hill hearing on Russia.

“I’m not able to be rushed this fast! It makes me nervous,” an exasperated Sessions replied at one point.

Harris also clashed with Biden during the first Democratic debate, chiding the former senator over his opposition to 1970s busing programs that forced integration of segregated schools.

“There was a little girl in California who was part of the second class to integrate her public school, and she was bused to school every day,” she said. “And that little girl was me.”

That clash didn’t stop him from picking Harris, who has brought that feisty energy to Biden’s carefully stage-managed campaign.

During her only debate against Vice President Mike Pence, Harris raised her hand as he tried to interrupt her.

Within hours of the debate, T-shirts bearing her words were being offered for sale online.

With Focus On Non-Oil Exports, Economic Diversification Is On Course – Osinbajo

US VP Harris ‘Still Searching’ For Her Role

Why President Buhari Travels To The UK For Medicals – Femi Adesina

US VP Harris Lashed Over Migration After First International Trip